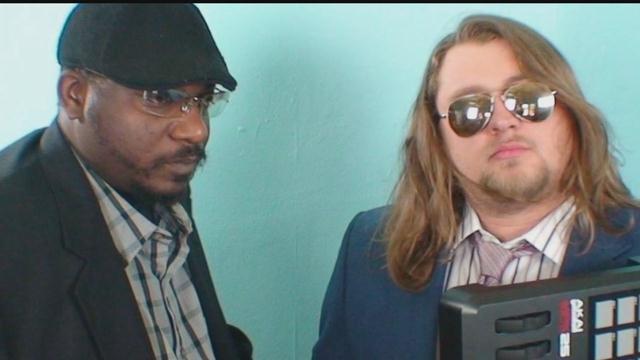 Early Saturday morning, a 33-year-old Milwaukee man died after being shot in Riverwest.

He was shot and killed on his front porch. Police are still investigating and have not released any information about a suspect.

Friends of the man who died say Colin-Michel Demgé was a DJ, and used music to heal just about anything. Now, loved ones suffering this loss hope they can do the same.

"He'd put everyone else before him," said David Frey.

Frey and Demgé worked together as resident DJ's at Studio 200 in Milwaukee. Frey is known as UV behind the turntable.

"It seems like such a shock for that to happen," said Frey.

Frey says those who knew Demgé are at a loss for words, but he's putting his grief into action.

"He had a night called 'dig deeper' where he would encourage a lot of the DJ's he'd book to go outside the box. We're going to have something along those lines and do it in his honor," said Frey.

He wants to do something for the family in mourning, hoping to mend their heartbreak with a beat.

"He's really going to be missed and we're all looking to unify and do something big for him," said Frey.

Frey says different DJ's will play all day at Studio 200.

A few weeks ago, Demgé and his wife set up a go fund me page for some of the pet's medical costs.
the family will now use that page for donation to the family and funeral. The page is at www.gofundme.com/nitenites-knees