Muhammad Ali was more than just a Boxer, Residents in Louisville Say 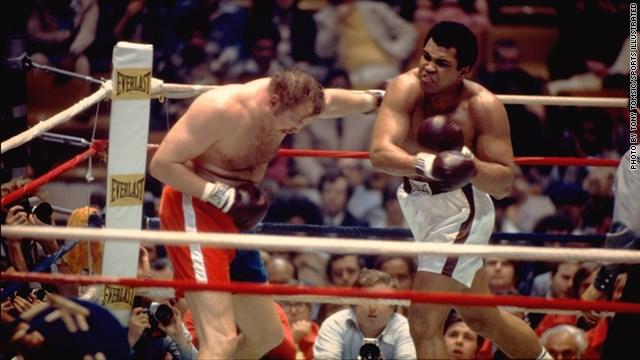 With boxing gloves in hand, 7-year-old Kahari Adams was one of the first to arrive at the Muhammad Ali Center on Saturday to pay his respects. His mother, Tiffany, explained what Ali's life meant to the community.

"You know, he's kind of near and dear to my heart as far as the plight of people of color and what he stood for," Adams told CBS News.

A memorial continued to grow despite the rain. Everyone seemed to have a story about how Ali's Louisville Lip changed history.

The condolences and remembrances from around the world poured in on social media.

Actor and Parkinson's activist Michael J. Fox tweeted, "Ali, the G-O-A-T [Greatest of All Time]. A giant, an inspiration, a man of peace, a warrior for the cure. Thank you."

From Muhammad Ali Boulevard to the home where he grew up, Louisville is the only place in the country that offers a full look into the champ's life in and out of the ring.

"The last time I saw Muhammad -- I've told this story a couple of times -- he was here at the center, and as Muhammad normally does, he welcomes people to come and talk to him," Donald Lassere, who runs the Muhammad Ali Center, a museum and educational center, told CBS News.

At a ceremony Saturday morning, flags were lowered to half-staff.

"What the champ would want us to do right now is to spread that same message, follow his example and live by the same six core principles that he lived by: confidence, conviction, dedication, giving, respect and spirituality," Mayor Greg Fischer said.

Ali's ultimate goal was to encourage people to help others. He will unite people once again on Friday.

His funeral procession will travel through all neighborhoods in Louisville -- black, white, rich or poor -- something Ali would have loved.