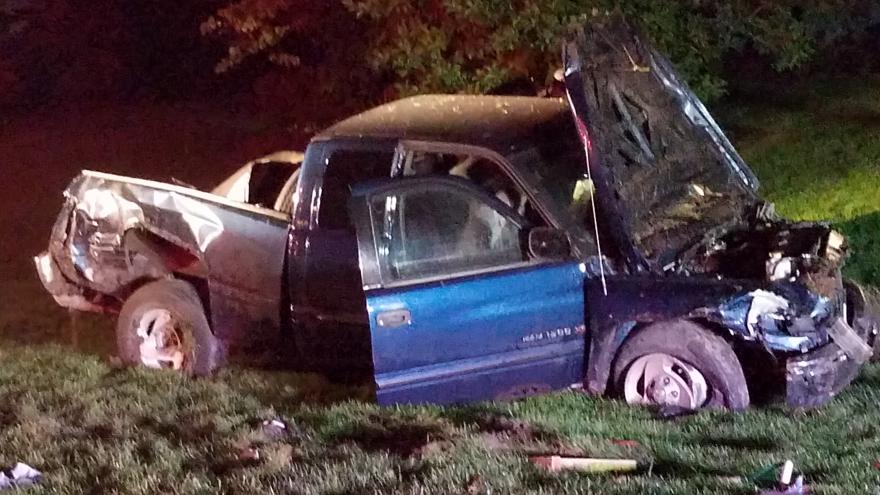 Police were called to the scene of a blue Dodge truck crashed into a ditch near the intersection around 8:20 p.m. Sunday night.

A male driver was in the vehicle and transported by the South Shore Fire Department to the Ascension Emergency Room. He was later flown by Flight for Life to Froedtert Medical Hospital for his injuries.

The truck also struck a light pole, causing further damage. We Energies responded to fix and secure the electrical pole, and there was no  power outage as a result.

According to police, it appears reckless high speeds and possible impairment may have caused the crash. The driver is in stable condition, and the incident remains under investigation.