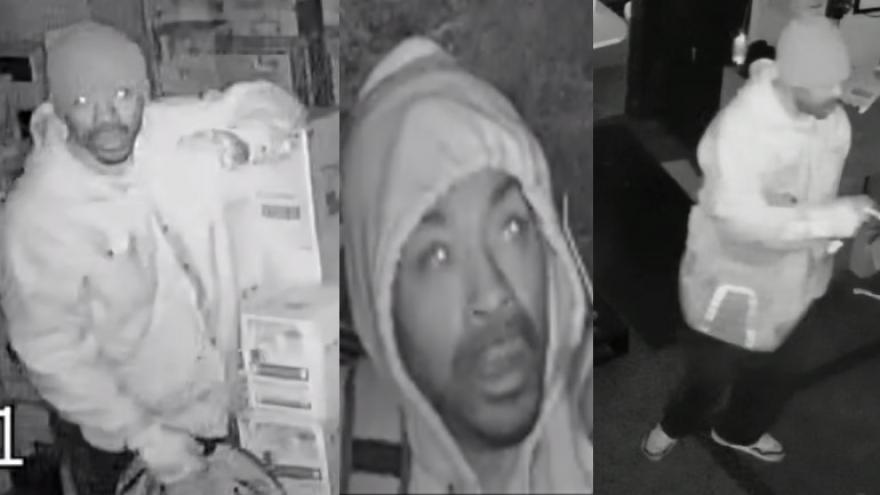 MILWAUKEE (CBS 58) -- Milwaukee police are asking for the public's help to identify a suspect wanted for a business burglary that happened near 30th and North.

According to police, the suspect entered the store and attempted to disconnect the surveillance camera before removing property from the business.

The suspect is described as a black male, 30-40 years of age, approximately 5'10", medium to slim build, with a full beard. The suspect was last seen wearing a light-colored jacket with a hood, dark jeans, white tennis shoes, and a knit cap.