MPD: 2 wanted for armed robbery near 12th and Historic Mitchell 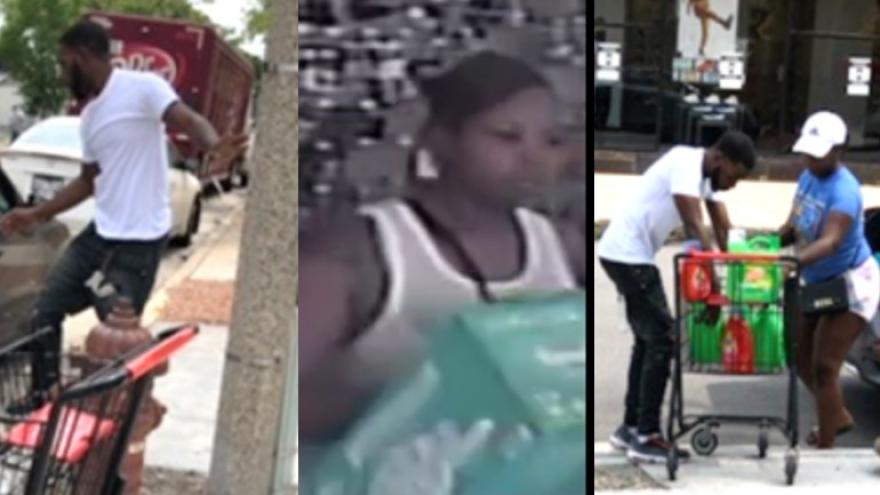 MILWAUKEE (CBS 58) -- The Milwaukee Police Department is asking for the public's help to identify and locate two suspects wanted in a strong-arm robbery that happened near 12th and Historic Mitchell on Aug. 11.

The first suspect is described by police as an African American man, 30-years-old, and has a thin build. He was last seen wearing a white t-shirt, black pants, and black tennis shoes.

The second suspect is described by police as an African American woman, 30-years-old, and has a heavy build. She was last seen wearing a blue t-shirt that she put on over a white tank top she was originally wearing when she entered the store, as well as multi-colored shorts, and a white Adidas hat.

The suspect vehicle is described as a 2021 Silver Honda civic with damage to the passenger side back bumper. 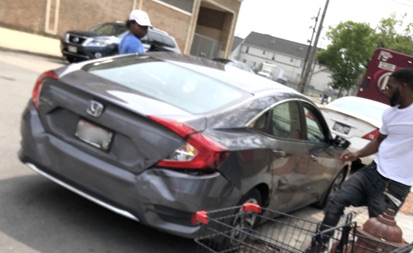