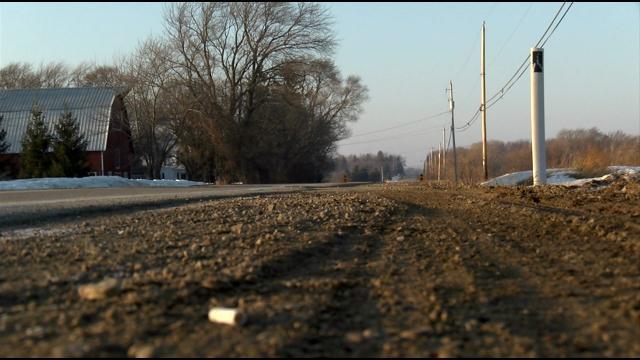 MOUNT PLEASANT-- Mount Pleasant residents could soon pay thousands of dollars for a water main that would primarily serve an undeveloped area of Caledonia.

Paul Isaacson has lived in Mount Pleasant most of his life.

\"I grew up next door, so I had a farmhouse here, tore it down build a new house hoping to gain something but I guess everything I gained will be gone,\" said Isaacson.

Isaacson one of many residents on Highway-V concerned about a new water main being built on their street, something they say they don't need.

\"We work hard for the money, so we could save it for our kids, once we pass on, and that's not going to happen,\" said Gale Ives, another resident.

Most neighbors have their own wells or mound systems, but Racine Water and Waste Water Utilities wants to build the new line to service Caledonia.

\"That Water Main would run from the Highway-20 Corridor, North to the border of Caledonia and Mount Pleasant,\" said Keith Haas, General Manager of Racine Water and Waste Water Utilities.

Right now, the area of Caledonia just east of I-94 has no access to water or sewage, and it's costing the area money.

\"Recently Caledonia has been passed by in a couple of recent developments, because they don't have water and sewer by the interstate,\" said Haas.

\"I have no problem with economic development, the problem is that they're making the residents pay for it,\" said Isaacson.

The project will service a proposed industrial park, and Mount Pleasant residents think Caledonia should foot the whole bill.

\"They're the developers, they should pay for it,\" said Ives.

Haas expects to begin work on the new water main later this year.