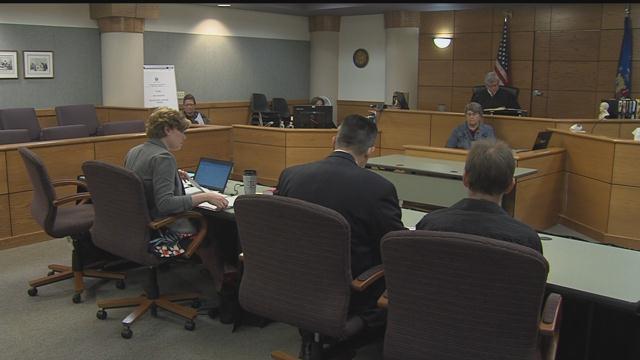 The man captured on surveillance video trying to pick up a little girl and carry her away entered his plea this morning.

Marquis Johnson has been custody on charges of attempted abduction and kidnapping.

It is a plea that the judge accepted.

She was able to quickly escape.

That girls mother was in the court room today and while we were asked to not show her face, she says this is an experience that has traumatized her daughter.

“My baby don't like to sleep by herself, she has a lot of nightmares, she wakes up screaming or she will just be shaking in her sleep, and I'll have to wake her up and have her sit up for a minute, open her eyes so that she can get back into the life she is supposed to be in,” said his mother.

The judge committed Johnson to a mental health facility by the Department of health services for further evaluation.

Johnson is scheduled to be back in court July 1.