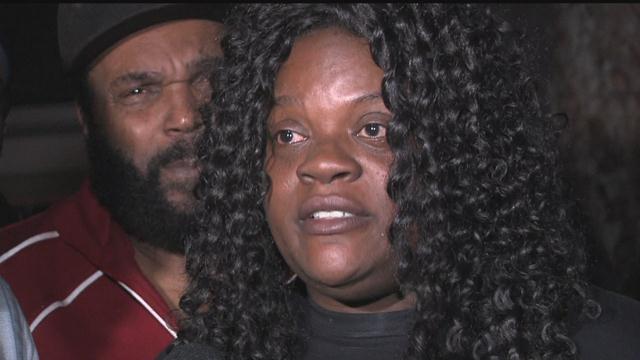 On Monday night loved ones prayed in front of the family's house on W Leon Terrace and W Constance Ave right where she was hit.

The little girls mother says she and her daughter were on their way to church Sunday when it happened.

"She had my hand. When that car hit her the tips of our fingers left each other because the car hit my baby and threw her in the air," says Lechelle Yarbrought, the victim's mother.

Paramedics tried to save her but Rickyia died on scene. .

The family says she had just started kindergarten this year and lived it. She also liked to dance and roller skate. They're asking the person in the video to do one thing.

"Whoever did it I beg you please turn yourself in. She didn't deserve it," says Yarbrought.

There is a memorial fund set up at the Educators Credit Union.

Milwaukee Police recovered the Porsche Cayenne involved in the hit and run crash in the 6400 block of W. Leon Terrace.

The vehicle was recovered on Milwaukee’s North side in the evening on Monday, November 7th.  MPD has made one arrest in connection with the incident and continues to seek a known suspect/driver.