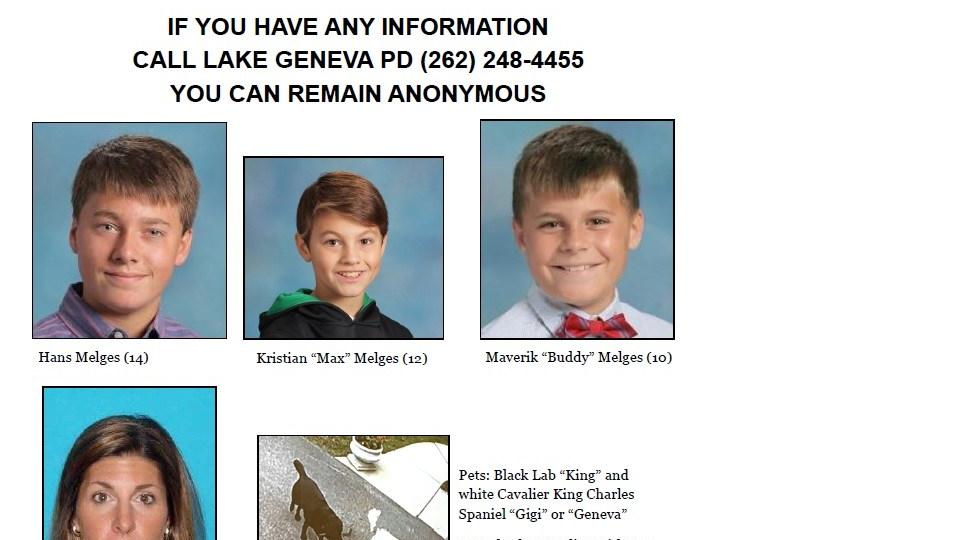 UPDATE: The family has been found safe in Savannah, Georgia on Tuesday.

ORIGINAL: Lake Geneva Police Chief Michael S. Rasmussen is asking the public for information regarding the whereabouts of Michalene Melges, 40 years of age, and her three sons.

Michalene and her children, Hans Melges-14 years of age, Kristian “Max” Melges-12 years of age and Maverik “Buddy” Melges-10 years of age, were last observed leaving their residence in the 900 block of South Lakeshore Drive on Tuesday, May 10th.

Michalene rented a van in Lake Bluff, Illinois on May 9th and the van was returned to a rental company in Plano, Texas on May 13th.

Michalene and her sons may be traveling with their two dogs, “King” a black in color English black lab and “Gigi” or “Geneva” a white in color Cavalier King Charles Spaniel.

Foul play is not suspected.  The City of Lake Geneva Police Department requests anyone with information to call 262-248-4455.