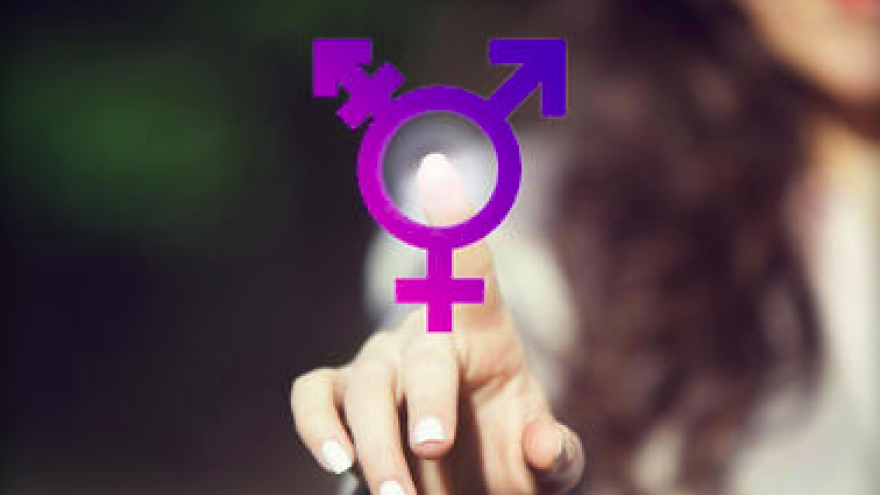 CHICAGO — Far more U.S. teens than previously thought are transgender or identify themselves using other non-traditional gender terms, with many rejecting the idea that girl and boy are the only options, new research suggests.

The study looked at students in ninth and 11th grade and estimated that nearly 3 percent are transgender or gender nonconforming, meaning they don't always self-identify as the sex they were assigned at birth. That includes kids who refer to themselves using neutral pronouns like "them" instead of "he" or "she."

The study is an analysis of a 2016 statewide survey of almost 81,000 Minnesota teens.

Nearly 2,200 identified as transgender or gender nonconforming. The study found that these kids reported worse mental and physical health than other kids, echoing results seen in previous research. Bullying and discrimination are among possible reasons for the differences, Rider said, although the survey didn't ask.

"It takes tremendous courage to be that person because you're going to incur stares, bullying and harassment," sj Miller, of NYU's Metropolitan Center for Research on Equity and the Transformation of Schools, said in the CBS Originals documentary "Gender: The Space Between" last year. "You may face discrimination at school, in the workplace, even access to social spaces."

The new study was published Monday in Pediatrics. The study is based on a statewide survey of Minnesota teens in ninth and 11th grades; Rider said the results can be used to estimate numbers of trans and gender nonconforming teens in those grades across the United States.

Although the study only included teens in two grades, the rates are higher than a UCLA study released last year estimating that 0.7 percent of teens aged 13 to 17 are transgender or about 150,000 kids. That study used government data on adults to estimate numbers for children. It said 0.6 percent of U.S. adults identify as transgender, or about 1.4 million.

"With growing trans visibility in the United States, some youth might find it safer to come out and talk about gender exploration," Rider said.

The federal Centers for Disease Control and Prevention has not asked about transgender status on its youth surveys, noting that it is difficult to find the right question to yield a credible answer.

The survey Rider analyzed asked about the sex the teens were assigned at birth, and if they considered themselves transgender, gender queer, gender fluid or unsure about their gender identity. Kids were not asked if they had undergone surgery or other medical treatment to transition to the opposite sex.

The gender identity terms you need to know
Dr. Daniel Shumer, a specialist in transgender medicine at the University of Michigan, wrote in an accompanying opinion article in Pediatrics that the study supports other research suggesting that earlier counts of the trans population "have been underestimated by orders of magnitude." He said that the higher numbers should serve as a lesson to schools and physicians to abandon limited views of gender.

"Youth are rejecting this binary thinking and are asking adults to keep up," he wrote.

"I tend to use the analogy of sexual orientation," Dr. John Steever, assistant professor of pediatrics at the Mount Sinai Adolescent Health Center, explained in "Gender: The Space Between," emphasizing the point that a binary definition is not sufficient. "Most people are familiar with being either straight or gay. And most people are familiar with the concept of being bisexual, attracted to both. So if you apply that construct to gender, then that opens up the idea that there is more than just boys, girls, men, women. There can be people who live in the spaces between that. And I'll often point out examples from pop culture — people like Grace Jones or David Bowie — people whose gender presentation is a little ambiguous."

Rider said to improve health disparities affecting transgender teens, doctors should help them feel more comfortable about seeking health care by asking how they identify and if they've experienced bullying, discrimination or other victimization. That's important, Rider said, "because this conveys competence, inclusivity, and caring."

That advice echoes American Academy of Pediatrics policy that says pediatricians should use gender-neutral terms and encourage teens to feel comfortable talking "about their emerging sexual identities."