More than 1,300 inmates test positive for coronavirus in Ohio 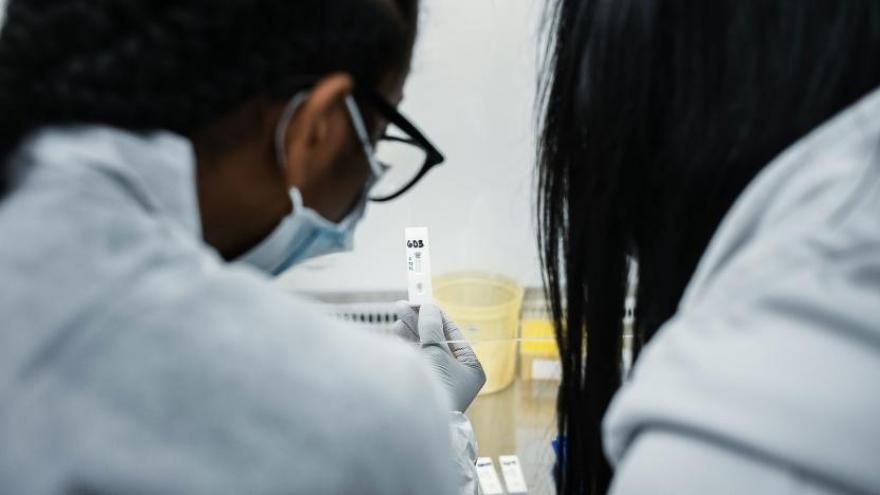 (CNN) -- More than 1,300 inmates have tested positive for coronavirus at three facilities in Ohio, officials said.

So far, Marion has had 1,057 positive cases, Pickaway 202 and Franklin 101. Inmates who test positive are separated from the general public, Smith said Saturday.

Volunteer activities and visitations have been suspended and the department is working on alternative communication means for inmates. Options include one free video visit per week, two free phone calls per week and eight free emails per month, Smith said.

Meal times have been reduced to twice daily but calories have been increased from 2,500 to 2,700, Smith said. Inmates have been told to sleep head to toe to prevent further spread.

The ODRC is not accepting symptomatic inmates who arrive from county jails and is screening inmates who are being released, Smith said.

New inmates are being held in one area for a minimum of five weeks after they arrive so that they can be monitored for symptoms and separated from the existing population, according to Smith.

Officials decided to test all inmates and staff at the facilities starting Thursday, and results have been coming back in stages, said spokeswoman Melanie Amato of the Ohio Department of Health. She said 103 staff members also tested positive at Marion. One of those staff members died, and no additional details were immediately available on the death.