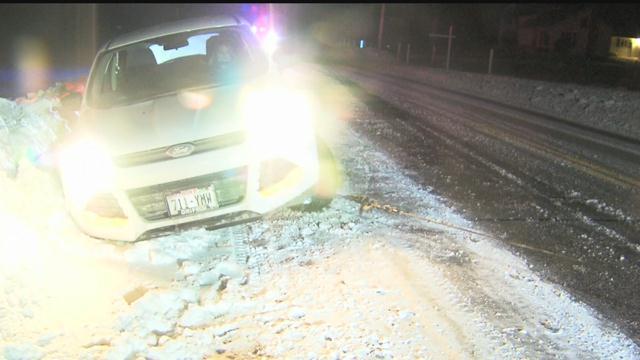 As snow hits the area once again, people in West Bend are getting all of their errands out of the way before they hit the roads during the holiday weekend.

Local businesses said the last two weekends of snowfall may have limited the number of people coming in, however they said being downtown makes it a little easier for customers.

"A lot of people can park and walk around where before we didn't have much parking so now we have people walking by all the time," said Terrance Kesler, Manager, Planet Mobile.

No matter where you're going, take it slow.

"I have to take my time because I drive a Honda Civic and it doesn't handle well in the snow. The construction too doesn't help. There is a lot of traffic going up north every single year. Typically tomorrow going up, and then Sunday coming back," said Kesler.

"I'm not sure we're expecting that much where it's going to affect a huge number of people. It's a busy place downtown," said Anne Marie Craig, Owner, Century Farmhouse Soaps.