Mom found dead with 3 kids in N.D. home may have struggled with finances 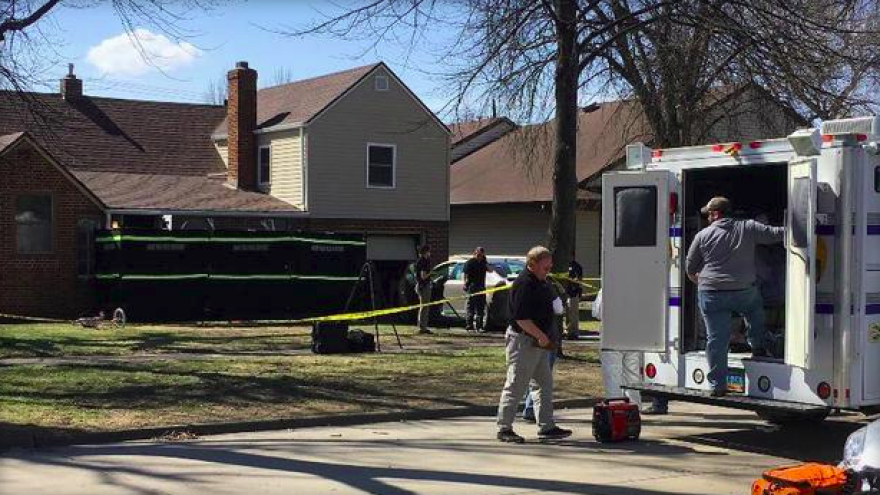 GRAND FORKS, N.D. -- Court records indicate a woman who, along with her three children, died of gunshot wounds at her home in North Dakota may have been struggling with financial problems. Police discovered Astra Volk, 35, and her children, 14-year-old Tyler Talmage, 10-year-old Aidan Talmage and 6-year-old Arianna Talmage at their home in Grand Forks after a school requested a welfare check Thursday morning.

Police have not officially classified the killings as murder-suicide, but said they are not looking for any suspects and that they found a gun in the house with the bodies.

A woman by the same name set up a GoFundMe account April 25 seeking money to help pay off medical bills she said were brought about in part for treatment for mental illness. The woman said she was working full-time but that her wages had been garnished.

Paula Stevens, 58, who lives two doors down from the house where the four were found, said Thursday that the family had moved into the house just a couple of months earlier.

"Three little kids and their mom - oh my goodness," she said.

Stevens said the house "sat empty forever" until it was recently renovated. She said the woman was living there as a renter, but that she rarely saw the family because the woman worked odd hours and the long winter kept the kids indoors.

"It's a little frightening because Grand Forks is supposed to be like a safe town, a place where you can keep your doors unlocked," said Caralyne Ronai, a senior at the University of North Dakota who was walking through the neighborhood. "Four dead is upsetting to hear."