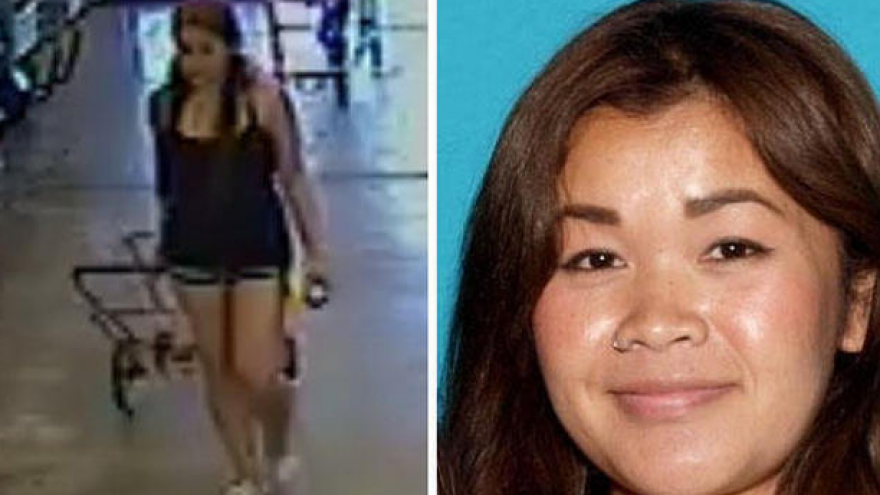 RIVERSIDE, Calif. -- (CBS NEWS) A southern California woman is in custody after police say she was seen on surveillance video abandoning her toddler daughter at a grocery store, reports CBS LA.

Riverside police identified the woman as 31-year-old Chiengkham Vilaysane. She was arrested at about 5 p.m. Tuesday at a Riverside bank, the station reports. Detectives say the woman was seen on surveillance video around 6 p.m. Sunday at a nearby Food 4 Less store, intentionally leaving her daughter.

“While inside the store, the toddler wandered off,” Det. Paul Miranda said. “The mother never sought out the child’s whereabouts and continued shopping.”

When a good Samaritan brought the child to her mother, the mother said, “Oh, just leave her,” Miranda said.

When she was done shopping, the woman paid for her groceries and left without the child, according to the Press Enterprise. The young girl identified the woman as her “mommy” when she was shown a photo from surveillance footage, according to police.

Police say the woman had mental health issues along with drug and alcohol problems, but there’s no indication she was having a mental breakdown when she allegedly abandoned the girl, reports CBS LA.

The child has been placed in state custody. Vilaysane was arrested on suspicion of two felonies — child neglect and willfully harming a child, according to the Press Enterprise.