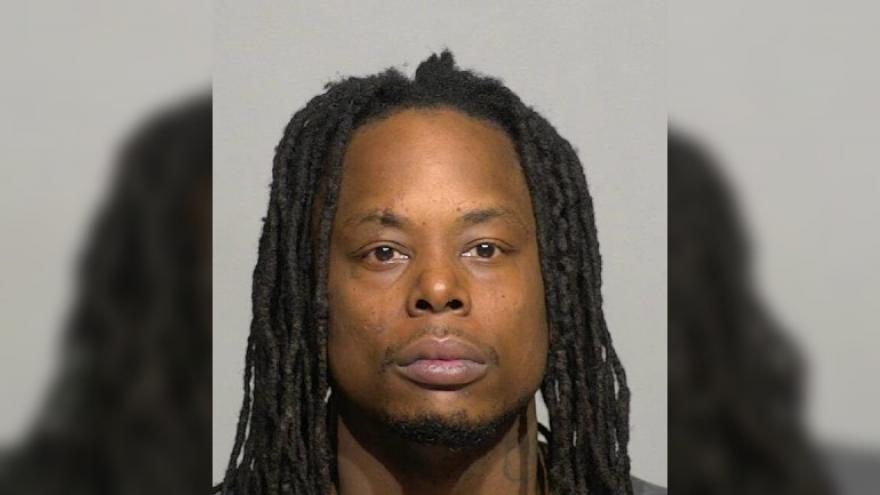 MILWAUKEE (CBS 58) --- Milwaukee police are searching for an officer's missing service weapon and officials believe it may be linked to her ex-boyfriend.

The officer involved is identified as "TW" in a criminal complaint.

According to the complaint, TW's ex-boyfriend, Demari Alfonzo Straham, is a convicted felon.

Officials say TW stated her firearm went missing sometime between Feb. 12 when she came home from work and Feb. 14 when she returned to work. The complaint states TW kept her firearm in her home and the only person with access to her home was her 15-year-old daughter, as well as Straham. The complaint says TW and Straham were in an on again and off again relationship.

The complaint further states Straham was in her residence during the time frame the gun went missing and that she ended her relationship with him over the phone while she was gone from her home.

A Milwaukee detective found two photos of Straham on his social media pages that showed him with a firearm. In one of the photos, Straham is allegedly pointing the gun at the camera and in another photo, has the same firearm on his lap, according to a criminal complaint.

Straham was ultimately located and arrested by police. On Feb. 22, Straham denied taking TW's gun. However, he allegedly admitted it was him in the photos, but stated the gun he was holding was his friend's, who is a CCW permit holder.

According to the complaint, Straham said he "just took a picture with the gun" and that it was from the previous weekend, Feb. 12 through the 14th.

Straham is charged with a class g felony of possessing a firearm as a convicted felony, according to Wisconsin Circuit Court. He is facing a fine up to $25,000 and ten years in prison. He has a preliminary hearing in court on March 9.

"MPD is investigating both criminally and internally an incident involving an off-duty member's duty firearm that is missing. The officer has not been placed on administrative leave or suspension as a result of the missing gun; however, the officer was recently placed on full suspension regarding a separate internal investigation. Criminal charges have not been issued against anyone regarding the missing gun. No further information is available at this time, as this incident is under review."