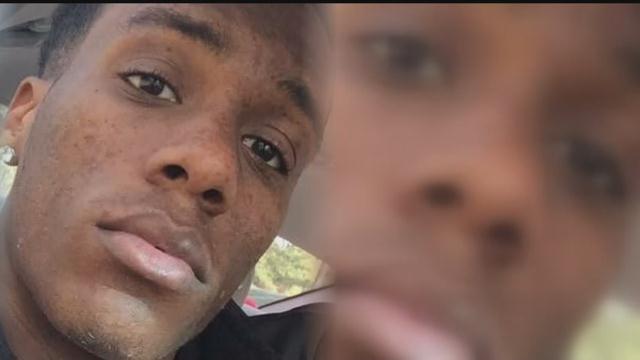 The Sheboygan County Sheriff’s Office reported that Kaelin O’Neal was found deceased in a pond located on Lakeland University’s property.

Kaelin was recovered by the Sheboygan County Dive Team.

According Sheboygan County Sheriff’s Office, this incident remains under investigation there is nothing to suggest that there is a criminal element involved in this incident.

The Sheriff’s Office does not have any additional information to release at this time .

"It's real hard it's still unbelievable i still can't even swallow it," said Airiss Hargrow.

Kaelin O'Neal, came to Lakeland College to play football. Hargrow was one of  O'Neal's upperclassman teammate.

"He kept saying', I'm going to be a starting quarterback coming up on this year,'" said Hargrow.

"Man he's going to be missed so much. this one is a hard one. this one is hard. it feel like we actually lost a brother,"

Teammates say the freshman quarterback was unlike anyone they knew.

"As the season came along I kind of admired him, because me being an upperclassmen and him being a freshman, for him to have so much energy and try to motivate everyone during practice even the upperclassmen. Because football you have bad days, and even if someone was having a bad day he always tried to pick them up. That's one thing I loved about him," Micheal Hilliard, an upperclassman football player.

It's been a tough week for the tight-knit team.

"Yesterday we went out and went to the city and put out 'have you seen this person' flyers just trying to help out," said Hargrow.

When dive teams broke the ice on the pond at the edge of campus, the team held their breath.

"When the news first went out that he went missing it actually everyone took it kind of hard. Everyone wanted to hope for the best. Then today once we got that email, you could just feel the whole atmosphere the whole campus was just dry," said Hilliard.

Teammates say it was unexpected O'Neal went missing, and unlike him to leave without telling anyone.

"It's definitely unlike him. Nobody knew where he was. At least somebody, at least one person knows where he's at," said Hargrow.

"On Snapchat they said, 'Help find Kaelin.' I said, 'Help find kaelin?' I called one of my roomies. I said, 'Bro, is this true?' He said, 'Yeah', and when he said, 'Yeah,' my heart dropped because that's not like Kaelin to go off. I said maybe he just had a bad day went off walking somewhere.

The team is hopes to be able to travel to North Carolina, for O'Neal's funeral.
They plan to wear their jerseys so show their support, and to show he's still a part of the team.

"Man he's going to be missed so much. This one is a hard one. This one is hard. It feels like we actually lost a brother," said Hilliard.