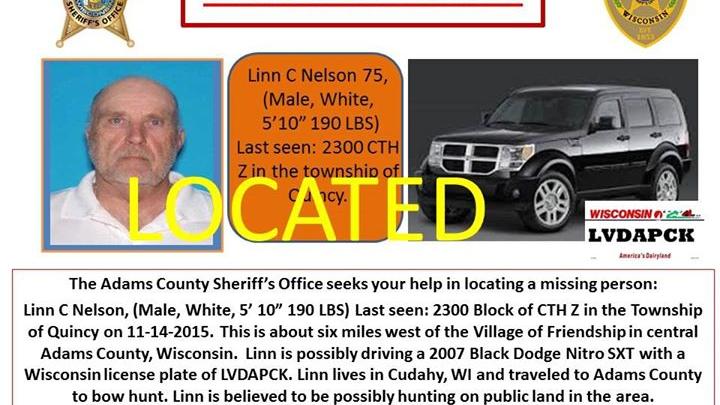 (Friendship, WI) UPDATE:  A 75-year-old Cudahy man was found dead by  Adams County Sheriff’s Deputies on Tuesday, November 17.  Linn C. Nelson had been the subject of a Silver Alert search.  He was bow hunting in the area and had last been seen on Saturday, November 14.  In a news release posted to the Adams County Sheriff’s Facebook page, authorities report that Nelson was located at approximately 4:45 p.m. deceased near the base of a hunting tree stand in the Township of Preston.  The initial investigation does not indicate foul play.  No further information is being released at this time.