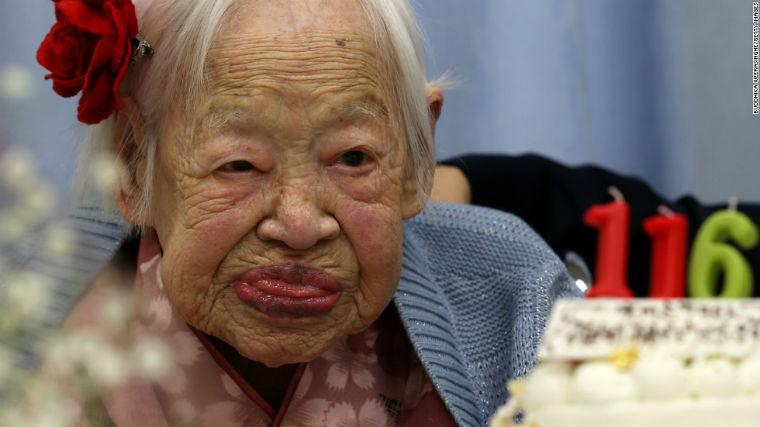 (CNN) -- Misao Okawa, the world's oldest person according to Guinness World Records, has died at the age of 117.

Her family ran a Kimono shop in Osaka, Satoshi Yoshioka, an employee at the nursing home where she had lived since 1997 told CNN.

\"She was a person with mild character, and loved to eat so much. Her favorite food was sushi and udon noodles,\" Yoshioka said.

\"However, in the last 10 days she stopped eating. I think eating was her motivation to live, and when she lost it, she passed away.\"

According to Guiness World Records, the oldest person ever was Jeanne Louise Calment, who died at age 122 in 1997.