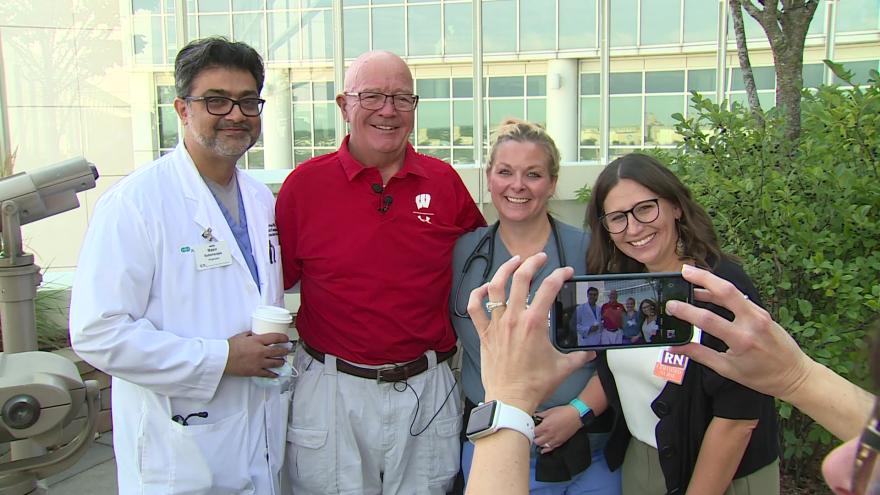 MILWAUKEE (CBS 58) -- One year ago today, a man from Waunakee, Wisconsin came to Milwaukee for life-saving transplant surgery. Friday, Sept. 2, on that one-year anniversary, the patient and doctor had a reunion.

Seventy-year-old Mark Hetzel was suffering from late stage heart failure when he was referred to Aurora St. Luke's Medical Center. After less than two weeks on the waiting list, a matching heart was found.

The transplant was performed and Hetzel has made a full recovery.

Friday's reunion included Hetzel meeting members of the surgical team that participated in his operation.

"He's living a full life and that's what we expect and it's due to, you know, his health but also his motivation to recover and get back to normal," said Dr. John Crouch, Aurora St. Luke's Medical Center.

"When we came in, we didn't know what was gonna happen and after day one I knew this is where I wanted to be if I was gonna qualify for the heart transplant. The level of care and skill is just second to none," said Hetzel.

Hetzel says he and his wife have a deep faith, and they believed God worked a miracle for them. He's recovered so well that he recently took a 50-mile ride on his e-bike.