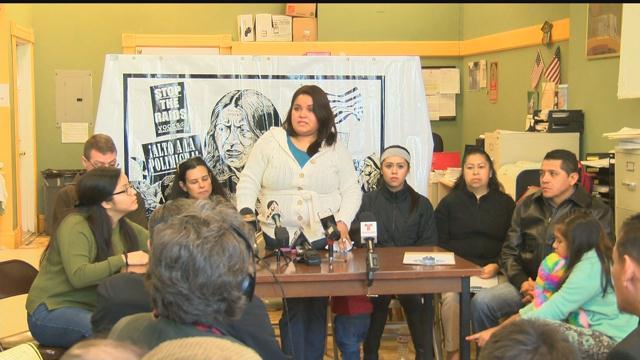 Given Donald Trump's campaign platform of a wall at the Mexico border and a deportation proposal for millions without documentation, Milwaukee based group Voces de la Frontera held a rally today.

Members of the local Latino community are standing by in fear now that Donald Trump will be our next president.

Many families have benefited from what's called DACA or "Deferred Action for Childhood Arrival."

But during his campaign, Trump vowed to end the program, threatening the livelihood thousands right here at home.

Though he tries to reassure them he says it's fairly likely that the DACA program will not continue under a trump presidency.

"Many of the young people with DACA are quite often very promising students. They're folks who aren't able to get student aid to go to college. So they'll have a job they can work try to pay the cost of college and work toward building a better life and maybe more of a career," says Layde.

Layde urges undocumented immigrants not to panic, but instead take these next two months to fully understand their options.