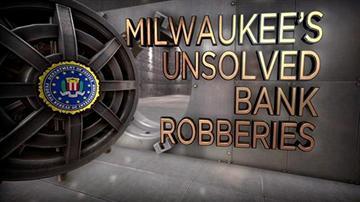 On Sunday, Milwaukee's Unsolved Bank Robberies looked at two robberies, both at the same bank.

The robberies happened in March and then in April at the BMO Harris Bank in Wauwatosa on North Ave.

Both times the same teller was robbed.

The FBI said they don't believe the two suspects are the same person and they're not sure if they are connected.

The suspects are wearing similar clothing.