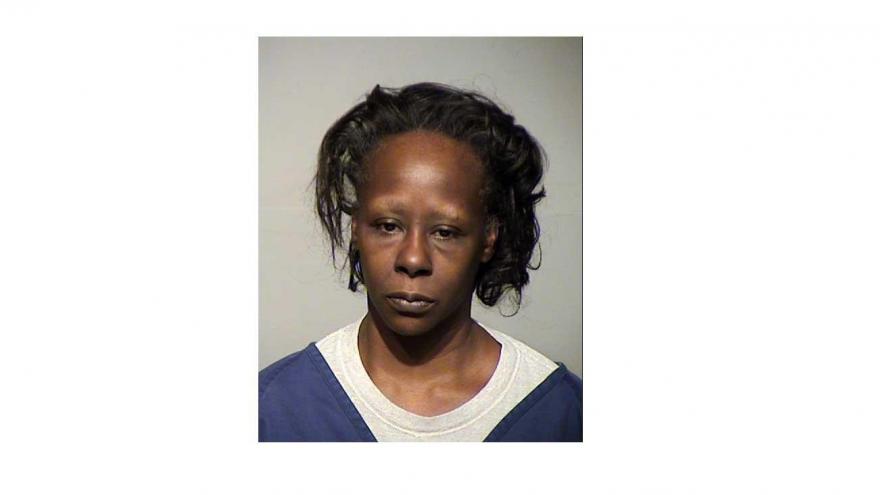 A Milwaukee woman has been charged with second degree recklessly endangering safety after her 2-year-old over dosed on opiates.

According to the complaint, the Milwaukee Fire Department was called to the 2700 block of N. 41st Street for a report of a pulseless non-breathing 2-year-old.

Officers at the scene noted chicken bones on the floor, moldy cheese sitting out, dirty dishes in a clogged sink and a slow cooker filled with solidified grease.  There was a butcher knife lying on the kitchen floor.

The woman had six children and four of them were taken by child protective services in the past.

She admitted to being high from pills she took the night before.

Martis Dickerson told police she woke up at noon and the toddler was asleep on the bed.

She had put her purse that pills in it on the bed with the toddler before falling asleep.

She said she woke up at 3:30 PM, and she said the toddler was still asleep.

According to the complaint, she ordered pizza from Dominos.

At 5:16 PM, after the pizza arrived, the she allegedly checked the toddler.

He was unresponsive and foaming at the mouth.

Toxicology report showed the 2-year-old had opiates in his system.

Four pills of oxycodone were found on the floor in a bedroom. Police found two pill bottles in her purse that were open. The first bottle had 67 pills of oxycodone. The second bottle only contained 9 pills. Those pills were cyclobenzaprine, tramadol and gabapentin.

A second purse was found with four additional pill bottles. The first bottle had 74 pills of tramadol. The second bottle contained 18 gabapentin pills. The third bottle had 68 pills of cyclobenzaprine, and the fourth bottle had 6 pills of clindamycin hydrochloride.