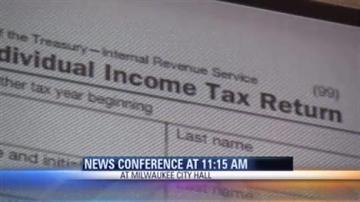 MILWAUKEE -- April 15 is almost here, but before the tax filing deadline hits, city leaders and the IRS want to remind taxpayers to take advantage of the Earned Income Tax Credit.

But nearly 20 percent of eligible Milwaukee County families did not claim it, leaving thousands of dollars in earned credits behind.

A representative from the IRS will join city leaders, including Mayor Tom Barrett, at an 11:15 a.m. press conference in the City Hall rotunda to raise awareness of the Earned Income Tax Credit and how residents can find out if they're eligible.