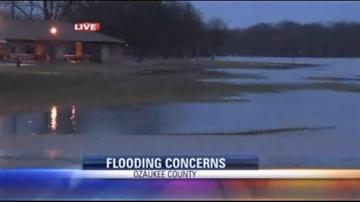 THEINSVILLE -- The popular saying this time of year is April showers bring May flowers, but the constant rain is bringing flooding concerns to Ozaukee County as residents keep their eyes on the Milwaukee River.

The Milwaukee River near Theinsville is swollen and expected to rise above flood stage by Tuesday morning.

It's deja vu for some residents after the river spilled into yards and parks in the village around this time last year.

CBS 58's Marshanna Hester has more on what residents and village officials are doing to prepare.