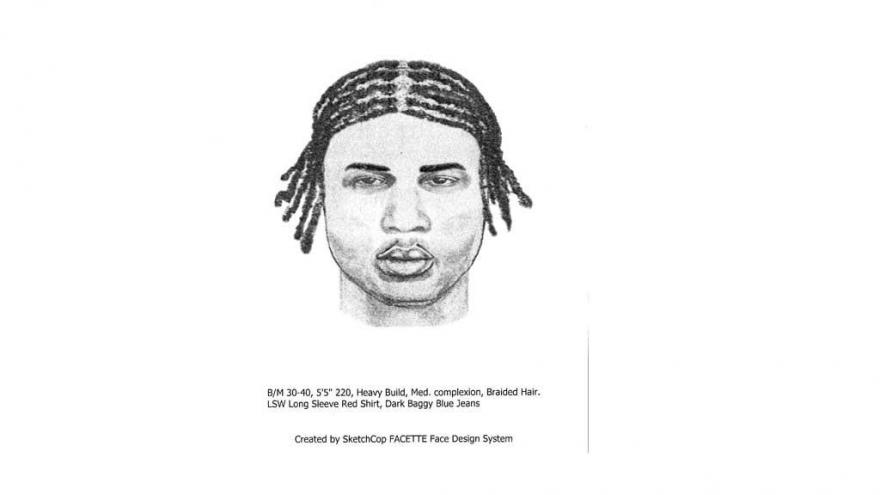 Milwaukee Police are asking for the public’s help in identifying a suspect wanted in an attempted sexual assault on the North Side.

During the incident the male suspect struck the female victim and tried to sexually assault her.

The victim fought back and was able to run away.

The suspect is described as a black male, between 30-40 years old, 5-feet 5-inches tall, 220 pounds, with a heavy build, medium complexion and braided hair.  He was last seen wearing a long-sleeved red shirt and dark baggy blue jeans.

The victim says he was driving a four-door, small, reddish/orange “square” car.  A composite sketch of the suspect is attached to this e-mail.  Anyone with any information is asked to call Milwaukee Police Sensitive Crimes at 414-935-7405.