Milwaukee police seek suspect after shooting near 31st and Villard 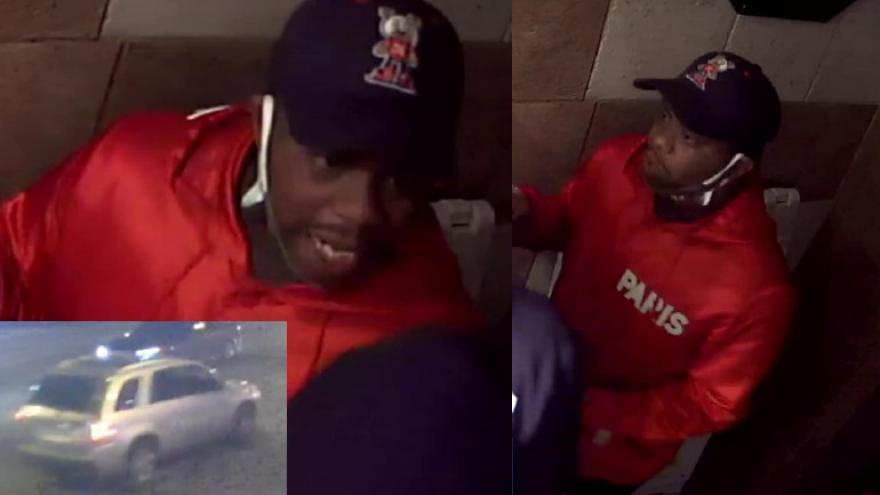 MILWAUKEE (CBS 58) --- Milwaukee police are asking for the public's help to identify and locate a suspect wanted in a shooting that happened near 31st and Villard on Saturday, May 1.

Police say the shooting happened shortly after 1 a.m. The suspect retrieved a handgun from the suspect vehicle and fired several shots, striking the victims. He then fled on foot.

The suspect is described as an African American man between the ages of 30-35. He is described as 5'07-5'10 tall and had a thin mustache. Police say he was last seen wearing a red-hooded sweatshirt with letters on the front, a dark colored baseball cap with a mascot on it, black jeans, and red, black, and white shoes.

Police say the suspect was armed with a handgun.

The suspect vehicle is described as a silver mid-size SUV. An unknown individual drove the suspected vehicle away from the scene, police say.