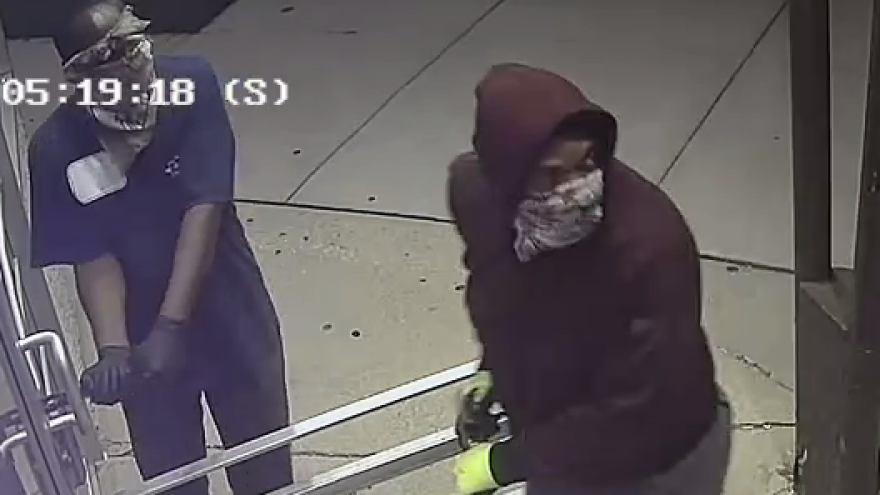 MILWAUKEE (CBS 58) -- The Milwaukee Police Department is asking the public for help in identifying suspects wanted for a burglary at a liquor store.

According to police, the suspects pried the door to the business open and removed $3,500 worth of inventory. They placed the stolen property into a large white laundry basket before fleeing the scene. 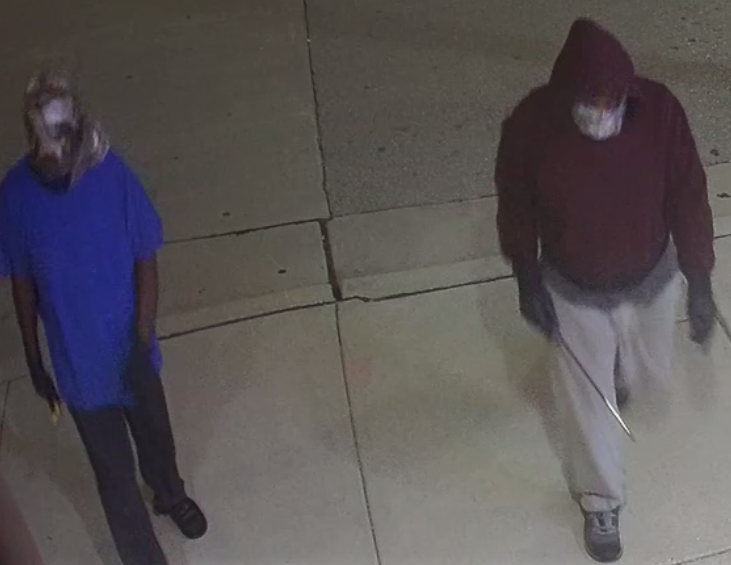 The first suspect is described as a black male, 30-35 years of age, 5'9, with a medium build, short hair, and a slightly receding hairline. He was last seen wearing a blue shirt with patches on both breasts, blue jeans, dark gloves, flip-flop style sandals with dark socks and a bandanna covering his face/head. He was armed with a crowbar.

The second suspect is described as a male with an unknown race, 30-35 years of age, 5'9, with a medium build. He was last seen wearing a maroon hooded sweatshirt with the hood up, blue jeans, black and yellow gloves, and a blue and white bandanna covering his face. He was armed with a pry tool or ax.

The suspects’ vehicle is described as a maroon minivan, possibly a Dodge Caravan. 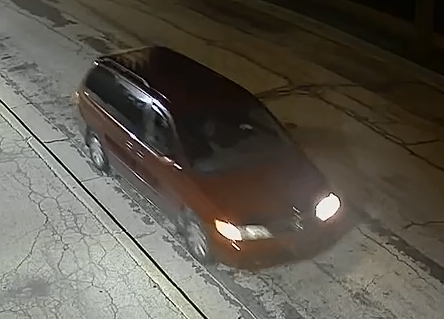