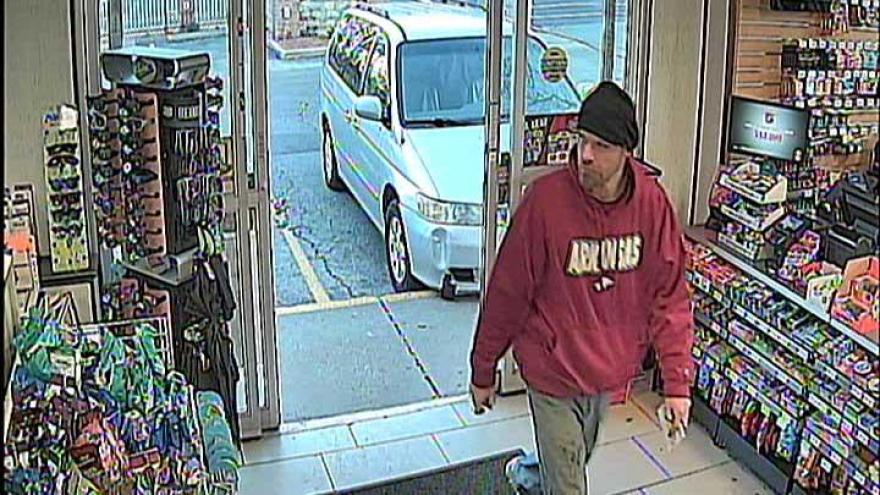 Milwaukee Police are asking for the public’s help in identifying a suspect wanted in connection with an armed robbery in the 3300 block of N. Bartlett Avenue around 4:25 p.m. on Wednesday.

According to police, the male suspect approached the female victim from behind, implied he had a weapon, and stole money from her.  The suspect fled to a waiting gray Ford F150 pickup truck driven by a second suspect.

Surveillance video from a nearby business captured the suspect who robbed the victim shortly before the crime took place.  The suspect is described as a white male, late 20’s-early 30’s, 6-feet tall, around 175 pounds, with reddish/blonde hair, blue eyes, and a slight mustache.  He was last seen wearing a red pullover hooded sweatshirt with “ARKANSAS” written on the chest, light colored blue jeans, white tennis shoes, and a dark skull cap.