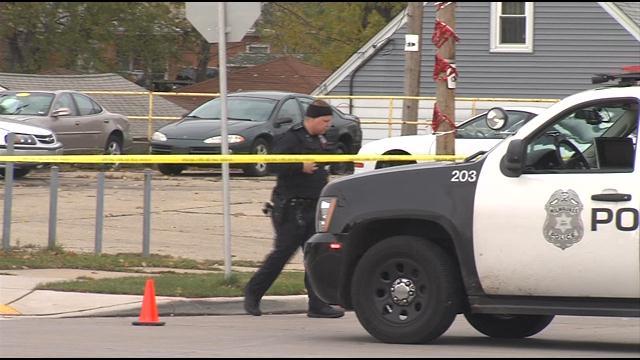 A wild scene with shouting and gunfire along a busy stretch of road on Milwaukee's northwest side Monday.

The crime scene near 71st and Capitol stretched for several blocks.

An 18 year old man was struck in his chest and arm. But police had to chase down the victim, because he ran from the scene.

Once he's treated for his injuries he will be taken into custody for a probation violation. Apparently he's a convicted felon.

\"Somebody definitely wanted to kill someone,\" one witness told CBS 58 News.

But the victim is not cooperating with police, so a motive remains unclear.

As of 5 p.m. Monday, the second suspect was still out there.