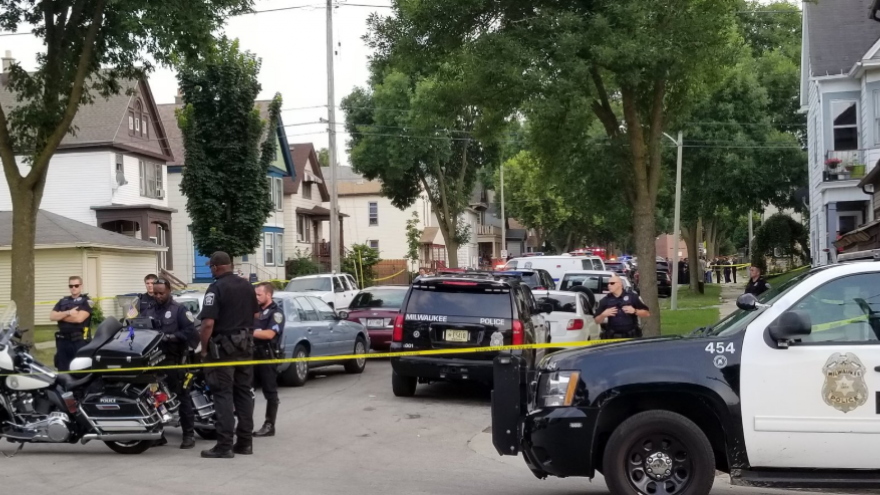 MILWAUKEE (CBS 58) -- An officer-involved shooting on the city's south side is currently under investigation.

We have a confirmed officer-involved shooting in the area of 10th and Burnahm.

According to the Milwaukee Police Chief, law enforcement was conducting a follow-up on a male subject they were seeking who fled from them earlier in the day. Officers then located the man near 10th and Burnham and conducted a traffic stop.

According to the Police Chief, the man then exited the vehicle with a firearm and shots were fired.

The man, identified as a 48-year-old resident of Milwaukee, was pronounced dead on the scene.

According to the Police Chief, the man was wanted on two warrants with one being Domestic Violence.

I understand there has been an officer-involved shooting on Milwaukee's south side. I am working to learn the facts and will have more to say once details are known. Our thoughts and prayers are with the affected families, community, and officers.