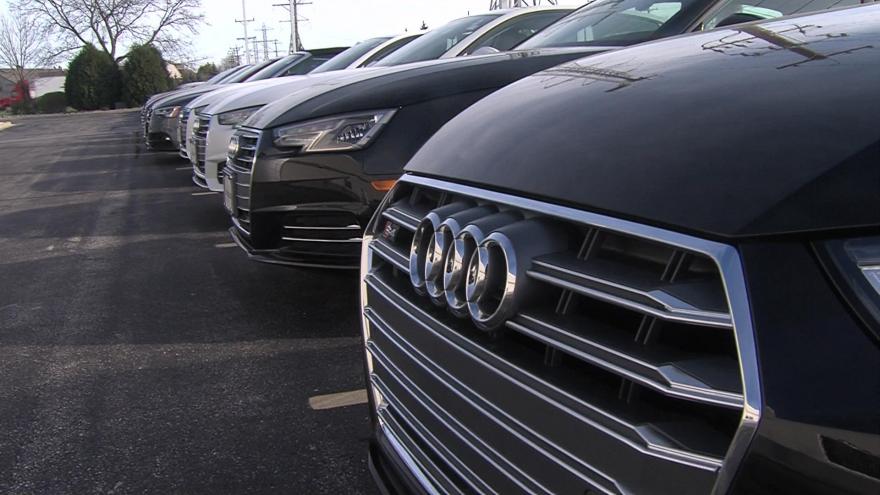 Milwaukee police tell us they're investigating dozens of thefts around the city and there's a reason Audi drivers are an easy target.

MPD says more Audis have been broken into over the past several months. But this past weekend has been the worst so far. But we found out that what the thieves are actually looking for isn’t even there.

Thieves are targeting Audi’s by the dozens in Milwaukee...

“February we started to see the numbers by the teens, March in the 20s and now it seems that this is the new trend in car thefts,” says Captain Diana Rowe with Milwaukee Police.

Milwaukee police have made some arrests and say the suspects told investigators they're targeting the car because they’re hoping there’s a spare key in the glove box.

“I doubt it will be isolated here clearly because the cost of the Audi district one is seeing the most of them because they are expensive cars,” says Rowe.

District 1 captain Diana Rowe says word about this spare key that comes with the car has been floating around on social media encouraging the attempted thefts.

But Audi dealers say - these thieves have it all wrong because Audis don’t come with a key in the glove box.

The only way it does work is with this emergency key - you put them together and start the car.

But - dealers say they put those keys in a customer’s hand.

And tell customers to never leave it in their car.

“Some people have even gone so far as to put a little sign on their car, Be aware of where you park your car,” says Captain Rowe.

The dealers we spoke to say they talked to Audi reps directly. They hadn't heard of this being a problem across the nation, and believe the issue is specific to Milwaukee. The number of cars actually stolen are a 1 in 10 ratio according to Milwaukee Police. Some of the thieves have been caught, with a few cases being related but mostly separate. If you know anything call Milwaukee Police.