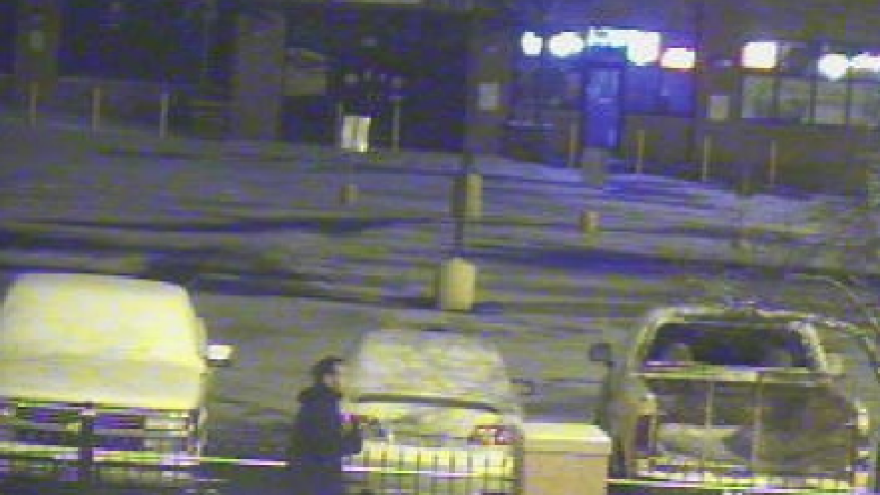 MILWAUKEE - The Milwaukee Police are asking for the public's help in identifying and locating a male suspected wanted for a January 31st shooting homicide.

The individual is suspected of shooting and killing Karen Simek during a robbery attempt in the 700 block of S. 12th Street.

Milwaukee Police are investigating a murder.

It happened on Milwaukee's south side.

A woman was found dead outside Garden Fresh Foods on 12th and National Avenue.

The very place she worked.

There are several businesses near garden-fresh foods with surveillance video that may have clues for investigators.

Police aren't releasing any of that video or the victim's name.

The 53-year old woman was found dead outside the Garden Fresh Foods on 12th and National.

Police said she was shot just before six this morning.

Neighbors said they were surprised to wake up to police nearby.

Garden Fresh Foods is a supplier of fresh deli, salads, dips, and desserts.

Police later came back to the scene around noon and blocked off the area again.

Garden Fresh Food workers are left with the unknown.

The ones we spoke to say they didn't know the victim.

There is a school near the scene but they said the investigation didn't affect their students.

Police are still looking for any suspects.

The company's chairman told us in a statement:

“This morning, we are devastated and heartbroken over the loss of a long-time member of our garden-fresh foods family.  Our sincerest condolences go out to the family. We keep them in our thoughts and prayers on this very difficult day and share their grief over this tragic and terrible incident.”