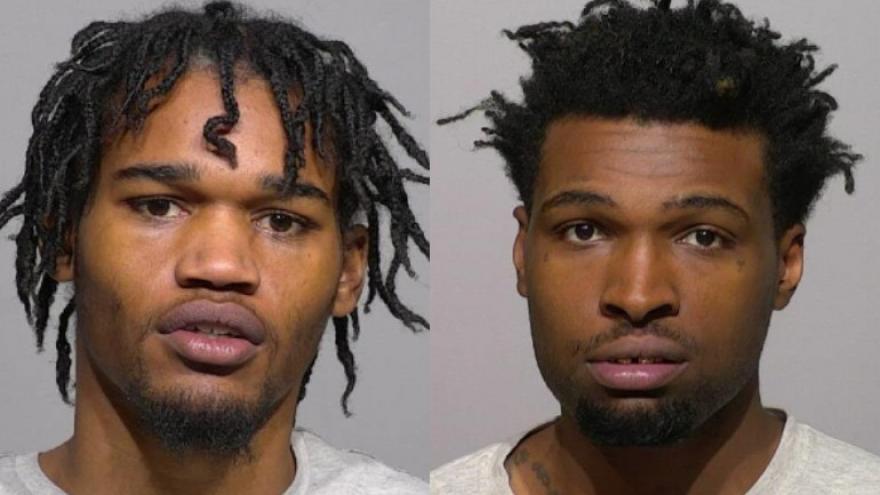 MILWAUKEE (CBS 58) -- Two Milwaukee men are accused of robbing a pair of juveniles as they walked home with snacks bought from a gas station near 12th and North.

Jahree Smith, 20, is charged with the following:

Keon Smith, 21, is charged with the following:

According to a criminal complaint, one of the victims told police around 1 a.m. on Dec. 10, he was walking home with a friend after having bought some snacks from a gas station near 12th and North.

While in an alley, investigators say cousins Jahree and Keon Smith pulled up in a gray Pontiac. Jahree reportedly got out of the car armed with a handgun, approached the juveniles and said “What you got on you? Drop everything.”

The criminal complaint says Jahree ordered the juveniles to stand up against a wall; he went through their pockets, and took a cellphone and hoverboard from them.

Jahree got back in the car and the two drove off.

A woman nearby captured the incident on cellphone video and authorities were able to track down Jahree and Keon Smith in the gray Pontiac on Dec. 13.

According to the criminal complaint, Jahree told investigators he committed the robbery because “he needed the money.” Jahree stated he and his cousin sold the hoverboard for $20 and used the money for gas and weed.

This isn’t the first time Jahree Smith has been in trouble with the law. He was found guilty of battery by prisoner, a Class H felony, in 2014.