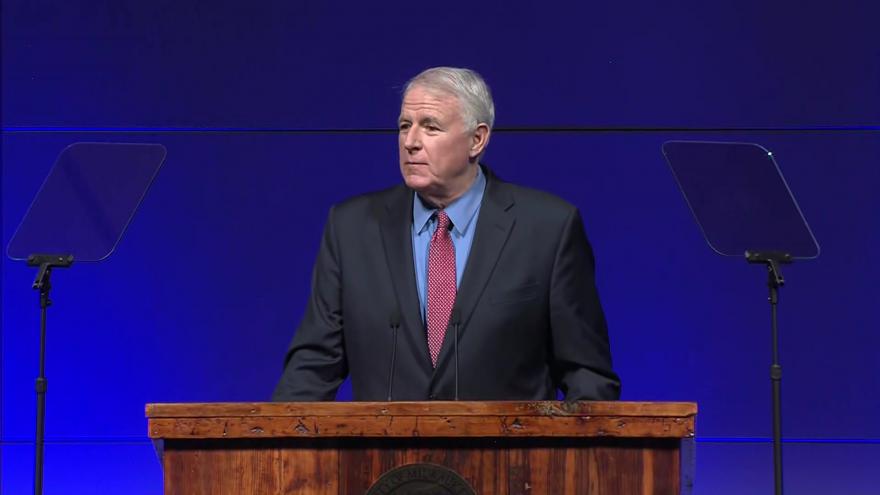 MILWAUKEE (CBS 58) – Milwaukee Mayor Tom Barrett delivers the State of the City Address for 2018 and this time, he gave the speech from the newest addition to Milwaukee’s skyline.

The Mayor held his State of the City Address at the Northwestern Mutual Tower. Mayor Barrett covered a variety of topics in his speech from growth in the city to gun control.

“Years from now, Milwaukee residents will look back at this time as a pivotal moment in which we established who we are and built the foundation for our future,” Mayor Barrett said.

But the city does face challenges. The Mayor says 3,000 Milwaukee children have lead poisoning. He says he plans to use the $2.5 million from the Waukesha water deal to replace lead service lines in the city.

“We need to focus on getting kids tested and eliminating the hazards they face. We have continued to take decisive action to address deficiencies in our Health Department’s lead program,” Mayor Barrett said during the State of the City Address.

The mayor also announce his 10,000 households campaign to bring more affordable housing to Milwaukee over the next ten years, especially in the heart of the city. Not everyone agrees that the focus should be just on the city.

“We have to have a strategy that’s going to connect the growth of downtown, not only to the surrounding areas but to neighborhoods throughout the city and that’s what we have to put forward and fight for,” said Common Council President Ashanti Hamilton.

In his speech, Mayor Barrett also addressed gun control saying he stands with the Parkland, Florida students. He’s calling for mandatory background checks and a ban on assault weapons.

“I am angered that the NRA, our President, and those afraid of losing NRA money want teachers to carry loaded firearms in classrooms. Talk about a kneejerk reaction,” Barrett said.

The Mayor also address the controversial Streetcar project and how the city is already looking into expanding the routes into more Milwaukee neighborhoods.

See the full address below: