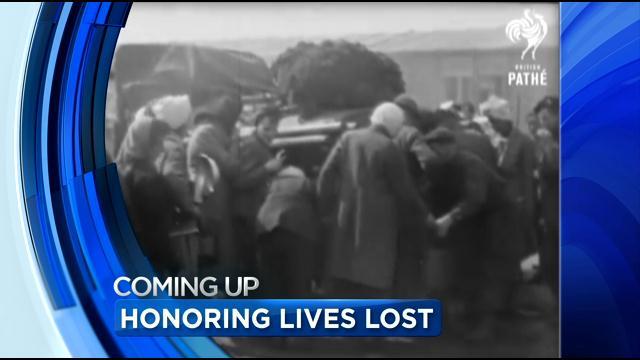 Viewers have said they are looking to see the people who are shaping our community in a live setting, without editing.

A two minute moment of silence was observed in memory of the Jewish people who were killed by the Nazis.

So CBS 58 hosted the Executive Director of Milwaukee's Nathan and Esther Pelz Holocaust Education Center, Dr. Shay Pilnik. He spoke with CBS 58's Michele McCormack on why it is a universal event.

\"For the Holocaust Remembrance Day to acquire its true meaning,\" explained Dr. Pilnik, \"it has to be a day of reflection for Jews and non Jews alike.\"

Several of Dr. Pilnik's grandparents survived the Holocaust, but lost many in their family.

In fact, his paternal grandfather is the only one in his family to have survived the ghettos that segregated Jews in the start up to the World War II and placement in the work and concentration camps during the war.

\"I would say my grandfather was lucky, ironically, because he lived to see children, grandchildren and even great grandchildren. In many cases, entire extended families were wiped out. In some cases, entire towns and communities did not live to see any offspring.\"

The Local memorial ceremony to recognize the Jews killed in the Holocaust was Sunday, April 19th at 3 p.m. at the  Harry and Rose Samson Jewish Community Center at  6255 N. Santa Monica Blvd. in Whitefish Bay.

\"At least one day of the year reflect, think about the atrocities,\" urged Dr. Pilnik. \"Think about the bullying and scapegoating that was witnessed during the Holocaust. So, we can make sure we build a better future. A future that rests on the values of diversity and multiculturalism and respect towards all human beings.\"