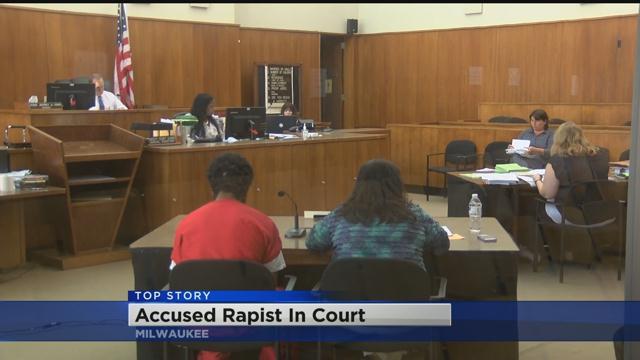 The case of an elderly woman who waited hours for police to respond to her call after she was sexually assaulted returned to court today.

Prosecutors say Stephen Ray Robinson attacked the 82-year-old woman last summer after she got off a bus on Milwaukee's North Side.

A 29-year-old Milwaukee man accused of sexually assaulting an elderly woman entered his plea before a judge this morning.

Stephen Robinson appeared in court with his attorney this morning and pleaded guilty to two counts of second-degree sexual assault.

One of those cases involves an 82-year-old woman who is sexually assaulted by Robinson last July.

It happened near north 43rd St. and W. Greentree Rd.

Robinson can face in 80 year sentence, with a maximum of 50 years behind bars.

The state will be asking for at least 20 years of initial confinement followed by a term of post supervision determined by the court.

The state also brought forward an uncharged reading stating that Robinson trying to sexually assault another inmate in April, while waiting in the bullpen of the Milwaukee County Courthouse.

Robinson will be back in court on July 7 for sentencing