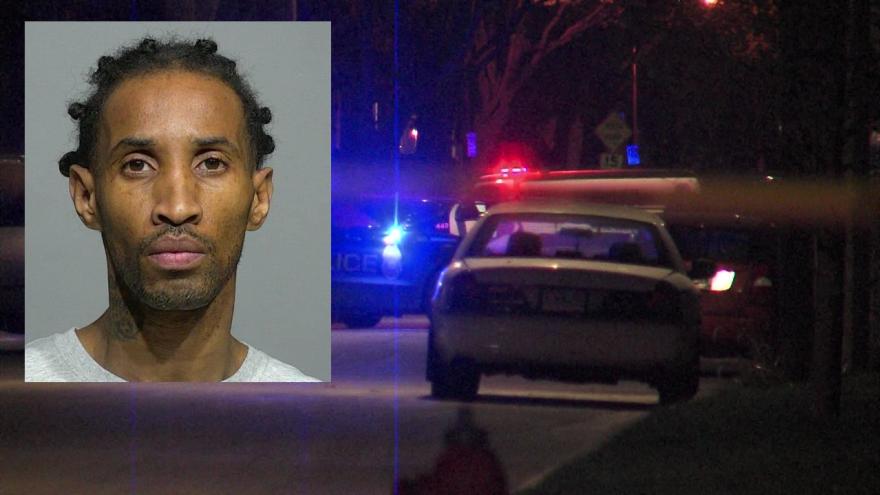 MILWAUKEE (CBS 58) -- A Milwaukee man is facing charges after allegedly firing a gun at officers near 23rd and Hadley on May 10.

Forty-two-year-old Donnie Williams is charged with attempted first degree intentional homicide and possession of a firearm by a felon.

Officers responded to the area near 24th and Chambers just before 8:30 p.m. for reports of a subject with a gun. On the way to the area, according to a criminal complaint, responding officer observed a man matching the description, later identified as Williams. The officer stopped his car and chased Williams for about three blocks.

At this point, the complaint says Williams and the officer were about 10 feet apart. Williams crossed the street, turned and pointed a gun at the officer, firing at least five times .The officer returned gunfire and dove down toward a car for cover. Williams fled the scene and was able to escape before additional squads responded. Officers later recovered seven casings believed to have been fired by Williams.

Records show Williams was previously convicted of possession of a firearm as a felon on April 3, 2012, however he was incarcerated for numerous periods of time since that conviction.

At the time of this incident, Williams was also in bench warrant status, having failed to appear at a court date for resisting/obstructing an officer. Prosecutors say he was out on conditions of bond in that case, with a condition of his bail being that he not commit a new criminal offense.