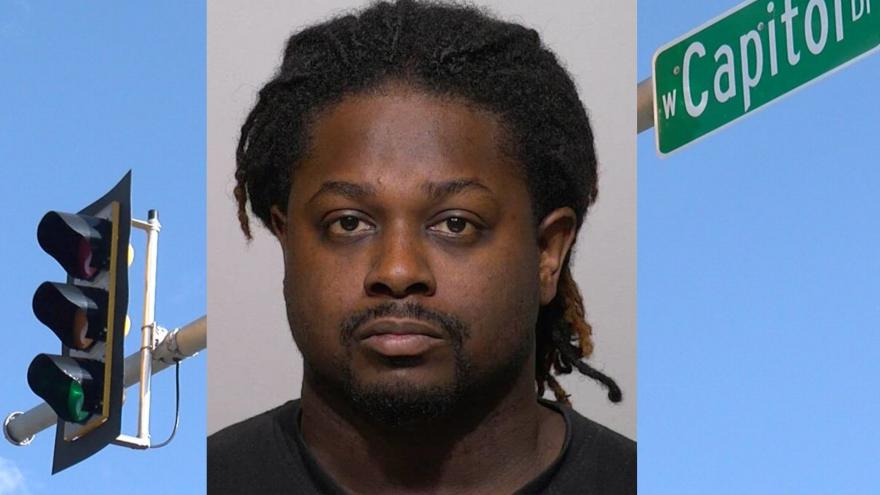 MILWAUKEE (CBS 58) -- A Milwaukee man is accused of taking two teenage girls hostage and shooting one in the leg after they rear-ended his car on September 22.

According to a criminal complaint, the girls were driving in the area of W. Locust Street and N. Sherman Boulevard around 3 a.m., when they rear-ended a car belonging to Benson that was stopped at a red light.

The girl driving told police that Benson and two other men immediately got out of the car with handguns and began demanding money to cover the damages. She said she tried to drive away, but the car chased her and she lost control, crashing near 48th and Burleigh. She and her passenger got out and ran into an alley, according to the complaint, but the men found them and said they “better not run, and if they did it was going to be a bad night for them.”

The driver told police that she gave the men $300, but they said it wasn't enough, so she told them she'd have to withdraw money from her debit card. The men reportedly made the girls get in their car with them and drove them to an ATM at Midtown Shopping Center. Police say the men didn't follow the victim to the ATM because they were concerned about surveillance cameras, so the girl took the opportunity to call for help. She said her friend arrived in an SUV, and as she jumped into the car to escape, Benson reportedly fired multiple shots at her and at the vehicle. The victim was shot in her right leg and knee area, according to court documents.

Prosecutors say the other victim was able to jump from the backseat of the suspect's car as it chased after the SUV.

Benson was identified by the victims in a photo lineup. He is held on $10,000 bond and due in court on October 15.

He refused to identify the other men in the car.