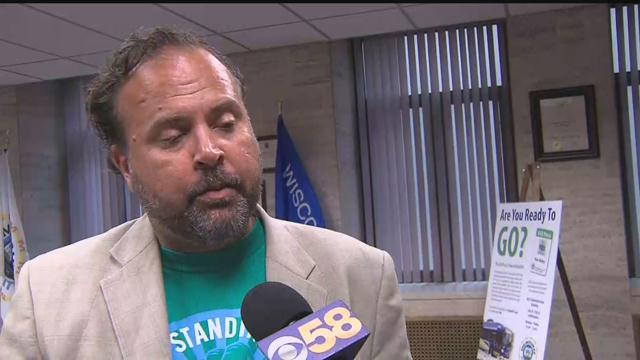 "This is just a continuing part of the death throes of our democratic form of government, and it will continue to happen until the public stands up and says enough," said Supervisor Gerry Broderick, Milwaukee County Board.

Broderick was one of the supervisors who voiced their support for the resolution this morning at a meeting with the Intergovernmental Relations Committee.

The only supervisor against the resolution is Supervisor Deanna Alexander.

The plan would allow a commissioner appointed by the county executive to control under performing schools in MPS, but there's still many unanswered questions on how this plan will roll out.

Today, the resolution stated the commissioner and his or her staff would not be employees of Milwaukee County.

The president of the MTEA applauded the board's action and said the takeover plan is bad for local schools. They said it takes control away from the teachers and staff who know the children best and the problems many inner city children face, outside the classroom including escalating violence in the city.

"MPS teachers do the hardest job of any teacher in the state, and they do it better than anybody else, the challenges that we face in the classroom every day would baffle most people, yet we do it, and we do it successfully, the bad things get put on the news the great things tend to be ignored,” said Kim Schroeder, MTEA President.

MTEA told CBS 58 with more children being lost to violence it's important the district give more resources to better serve students and help them succeed.