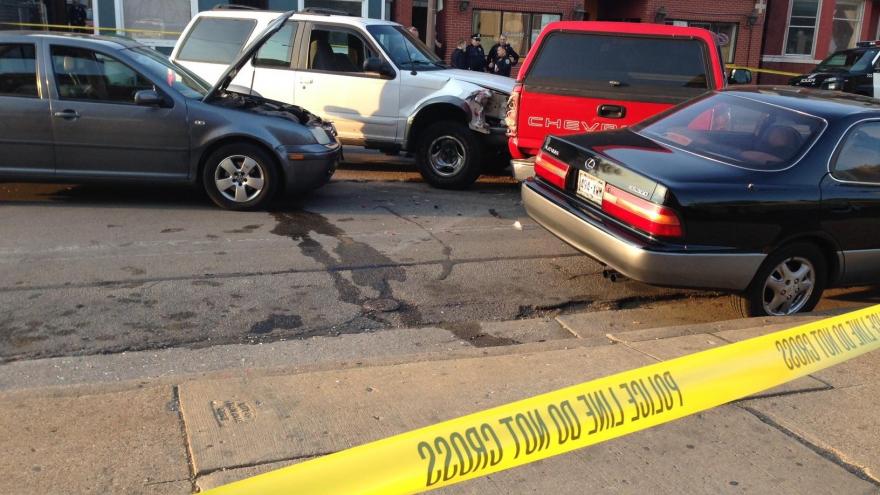 Milwaukee Police were called to the scene off Lincoln Avenue and 15th Street early Thursday evening,

Police say a male exited a vehicle following that crash, fired his weapon, and ran into a nearby alley. He was arrested shortly after.

David Rodriguez watched the whole thing from his second-floor apartment.

"All of a sudden I hear a gunshot go off, next thing you know I see two people running next to me with glocks."

The car driven by that male may have been stolen. Jesse Fox says it belongs to him.

"My niece told me hey your car is over there, they found it," he says. "I was very upset, very disturbed."

It happened on a violent night in the city, with multiple other shootings reported.

"The whole state of Milwaukee is a bad neighborhood," says Fox. "I'm just lucky no one was hurt, and no one was killed."