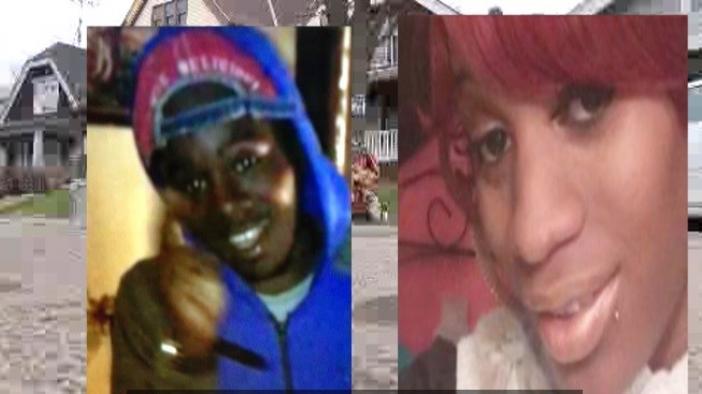 The family of Tamecca Perry says her brother, 21-year-old Deshaun Freeman, was the victim of a fatal shooting following a minor accident Friday night.

Tamecca Perry and her unborn child were murdered on March 6th, after police say she had a fight with Shanika Minor, who police continue to search for.

Perry's Aunt, Elaine Freeman, says the news of another fatal shooting in the family is devastating.

“We haven’t gotten over Tamecca, we just buried her last Wednesday, and now we’ve got to bury her brother. Twenty days after, twenty days afterwards.”

Dozens gathered at a north-side community center Friday afternoon to drop off donations for Perry's two children. The event was filled with hugs and tears following Friday night's shooting.

"I’m praying to god, that justice be done for Tamecca, and her brother, cause now my sister don’t have any of her kids, those were her only kids," says Freeman.

The family says Deshaun had two children of his own.

The Martin Luther King Jr. Community Center has offered free memberships to the children, along with free birthday parties for the rest of their childhood.

Meanwhile, the family remains in shock.

"My nephew didn’t deserve to die like that, laying in the street by himself, he has too much family for that," says Freeman.

Milwaukee Police say the man responsible for that shooting drove a few blocks away, before calling police and turning himself in.