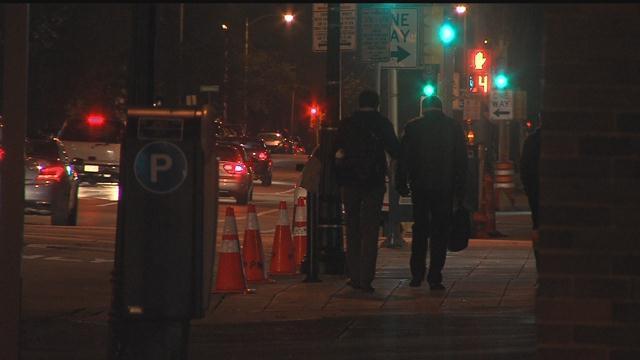 "I'm all about raising awareness for some of the racist and diversity issues that we're challenged with," said Lynn Heimbruch.

The idea is certainly getting people talking.

"I just think that, you know, everybody should just do their own thing and I think it would be great, it would be pretty," said Tracie Newcomer, who is visiting from Illinois.

Schneider is already in talks with the Department of Public Works to lay the foundation for the new crosswalks. The DPW sent an e-mail to him saying they are going to research the best option for compliance with federal requirements.

"I'm hoping it just shows that our city does have a lot to offer every type of person," said Michael Fisher, Co-owner of This Is It.

Fisher said the idea came about after Schneider visited Vancouver, Canada and noticed their rainbow crosswalks.

"I, the past year, went to California and went to Castro and they kinda have the same type of feel," Fisher added.

Knowing the Federal Highway Administration has strict guidelines on sidewalk design in respect to the white lines, the DPW said they'll work with Schneider on this idea.