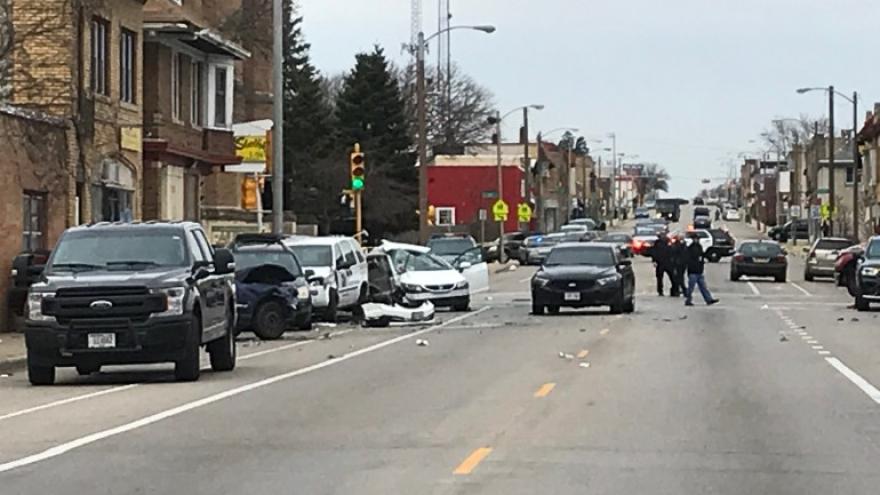 MILWAUKEE (CBS 58) -- A 23-year-old man critically injured in a crash near 51st and Center, passed away from his injuries on Saturday, April 5.

Authorities say a fleeing fugitive disregarded the light at the intersection and caused the crash.

Criminal charges against the suspct will be presented to the Milwaukee County District Attorney's Office.

MILWAUKEE (CBS 58) -- A woman was killed in a crash on Milwaukee's north side Friday, April 3.

Police said the crash happened as U.S. Marshals agents were chasing a suspect wanted in a homicide warrant in Minot, North Dakota.

"That individual fled from them and disregarded the light here on 51st Street, crashing into a second vehicle," said Assistant Chief Michael Brunson, Milwaukee Police Department.

Two people were in the car the fugitive hit. One of them, believed to be 20 years old, was killed.

A 23-year-old man is in critical condition.

Milwaukee police were not involved in the chase.

A CBS 58 crew counted at least four vehicles involved in the crash.

According to the Milwaukee County Medical Examiner's Office, the victim who died in the crash is an adult female. An autopsy is scheduled for Monday, April 6.

This is a developing story. Check back with CBS 58 on air and online for updates.