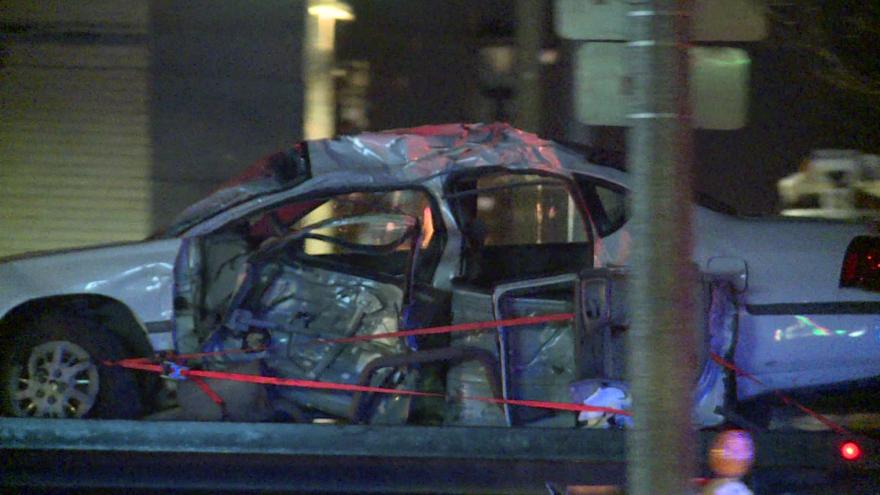 According to police, the vehicle was speeding in the bike lane and lost control, eventually striking a cement pole.

MPD's crash reconstruction unit was on scene and will be handling the investigation.

MILWAUKEE (CBS 58) -- The Milwaukee Fire Department says they responded to a serious car accident near 27th and North Tuesday.

Officials say four patients were taken to the hospital.