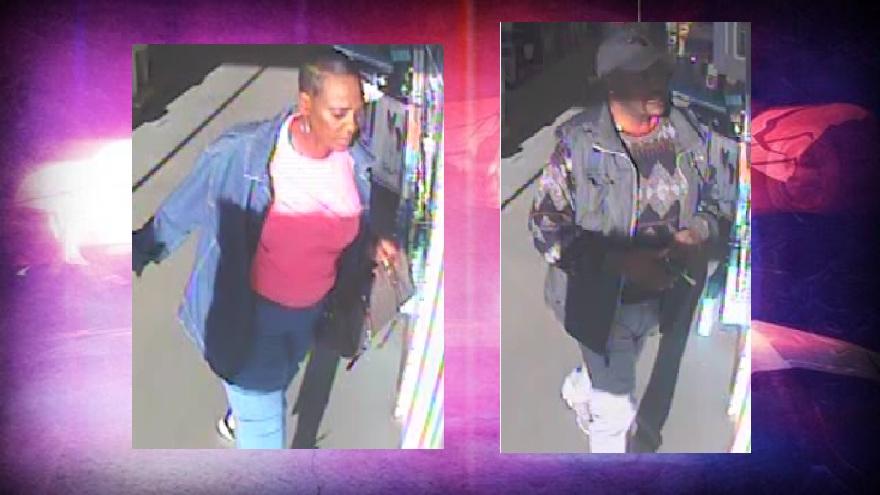 MENOMONEE FALLS, Wis. (CBS 58) -- The Menomonee Falls Police Department is asking the public for help in locating the two suspects who stole a 2’ Ball Python from Pet World.

The first suspect is described as a black male, 35-45 years of age, with a handlebar mustache. He was last seen wearing a black vest, black and grey sweater, Chicago Bulls hat, and blue jeans.

The second suspect is described as a black female, 35-55 years of age. She was last seen wearing a black jacket, pink shirt, and blue jeans.

Anyone with information regarding this theft is asked to call the Menomonee Falls Police Department.