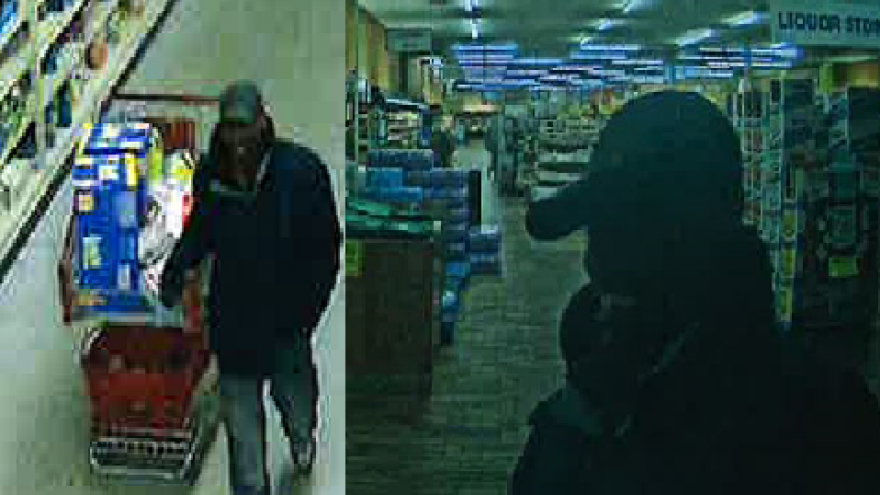 Authorities say early Friday morning, they were called to Woodman’s Food Market near N. 124th St. and Leon Rd. for a report of a theft. When officers got to the scene, they saw a car driven by the suspect near the front door of the business.

The suspect then drove through the store parking lot and crashed the car over a retaining wall. The driver left the scene and has not been identified.

He is described as a black man around 40-45-years-old with missing upper left teeth. Police also say he is between 5’10” and 6’ weighing 175-200 lbs. The man was driving a black Chevrolet Lumina.

Authorities found $445.72 worth of unpaid merchandise in the car.