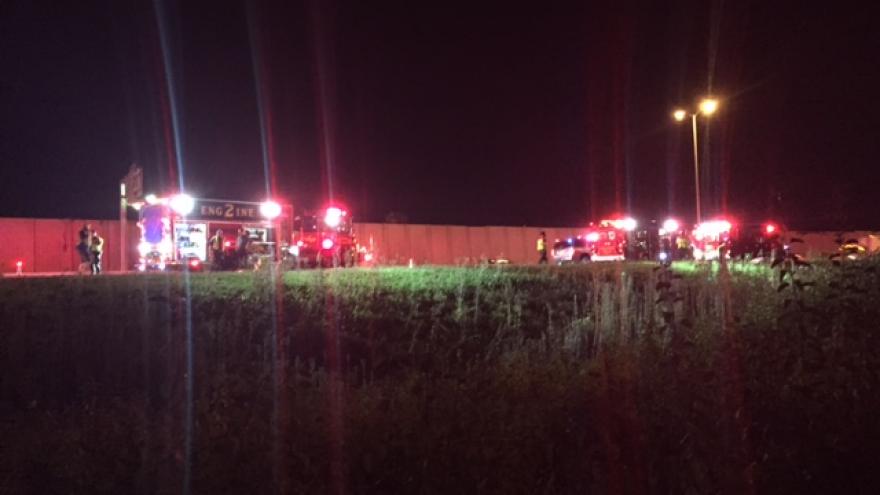 A one vehicle accident on I-894 Friday night has taken the life of a 26-year-old Milwaukee man.   According to the Milwaukee County Sheriff’s Office, Cory Polakowski was east bound on the freeway when he lost control of his car and crashed near S 51st Street.

According to the MCSO news release, deputies were called around 9:35 PM about a vehicle that had driven off the freeway into a ditch.   Witnesses to the crash went to help and found the driver unresponsive

The Greenfield Fire Department was called and removed Polakowski from the vehicle.  The GFD began Life-saving efforts, but he was pronounced dead at the scene by a doctor with the Milwaukee County Emergency Medical Services.

According to the MCSO report, witnesses said Polakowski had been driving at a high rate of speed while passing another vehicle, abruptly tried to change lanes and lost control of his car, plunging into the ditch.

Traffic on east bound I-894 was back up while detectives from the MCSO conducted their investigation.   According to the Wisconsin DOT the accident scene cleared around 2:30 Saturday morning.

The accident happened at I-894 & S 60th Street in Greenfield around 10 p.m. Friday evening.

One person is confirmed to have died.

The Milwaukee County Sheriff's Office and Greenfield Fire Department were on the scene.

There is currently no word on what lead up to the accident.

Traffic around the accident scene on east bound I-894 was backed up for over four hours.  The WI DOT reports the scene cleared about 2:30 AM Saturday.