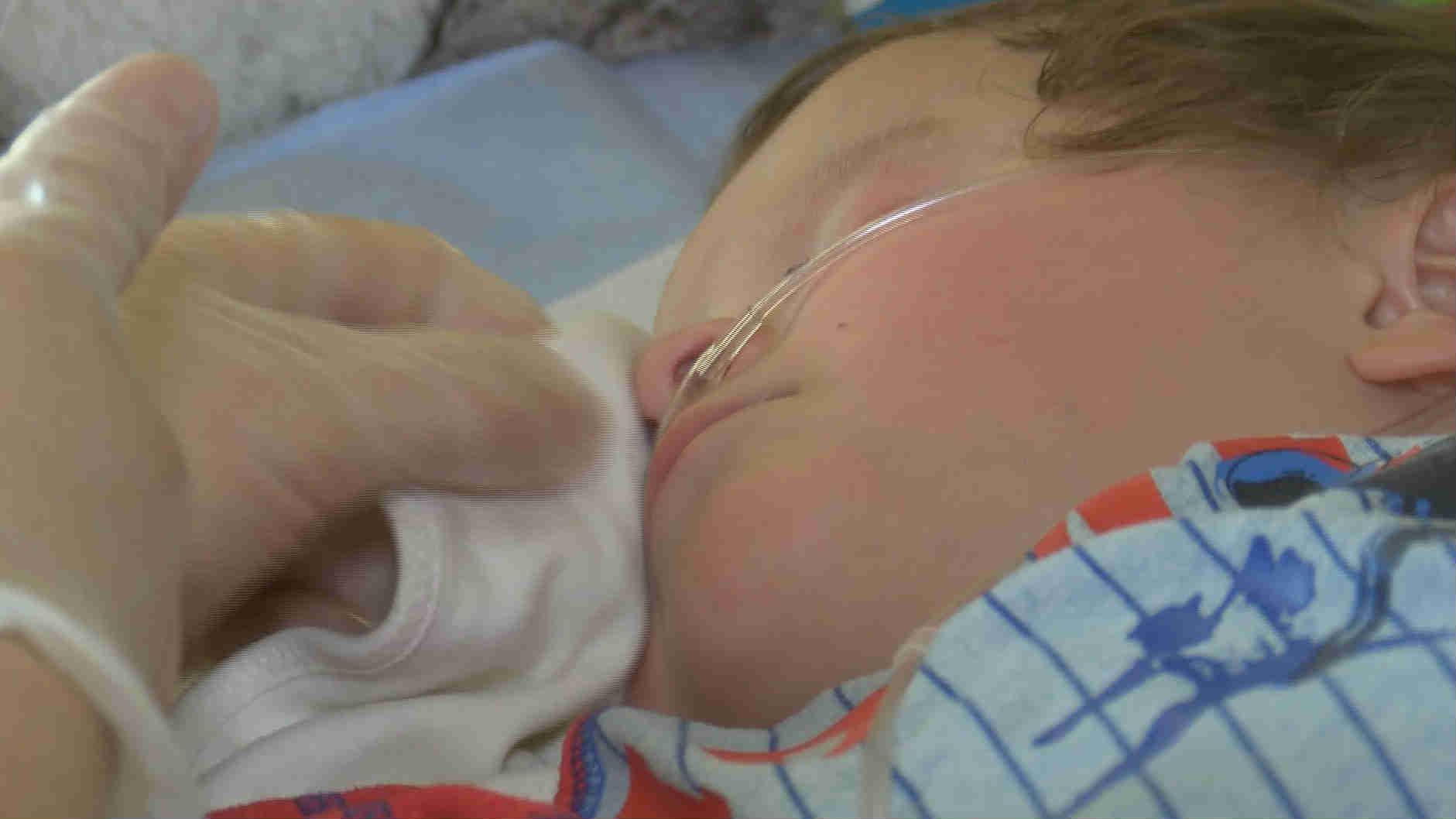 Dan Brezgel does his best to stay positive.

\"If you go into your negatives, you're going to be stuck in a sad moment all your life,\" Brezgel said.

But positive doesn't always come easy. The father of three's youngest child, Calvin, suffers from a rare genetic disorder. Calvin was born without eyes, deaf and unable to eat.

\"He seems to be good in one moment and then he's not in the next,\" Brezgel said.

CBS-58 first met Calvin last November at a fundraiser for his overwhelmed family. Since then, some has gotten better, but not much. Calvin spends most of his day in a medical crib, hooked up to tubes, getting around-the-clock nursing care, and making frequent trips to Children's Hospital in Wauwatosa.

\"When I see other families, that's their normal, we have our normal,\" Cavlin's mom Deborah said.

This summer the Brezgels were forced to expand, renting an apartment across the hall just to fit Calvin's equipment, medicine and have space for doctors and nurses. Community members have helped volunteering their time, money and even dinners for the family.

\"It takes a village to take care of Calvin,\" Deborah Brezgel said.

A village facing a mountain of bills and challenges. But it's a peak the Brezgel family plans to reach together.

\"Maybe he might grow up and become... Who knows? Someone important that could change the world,\" Dan said.

As for Calvin's prognosis, doctors just don't know. Calvin might not make next week, or he could outlive his parents. There will be a fundraiser for Calvin November 15th at Breakshots in Oconomowoc. It runs from noon to 6 p.m. The Brezgels are looking for volunteers to help out with logistics. You can find more info on Calvin's website via this link.