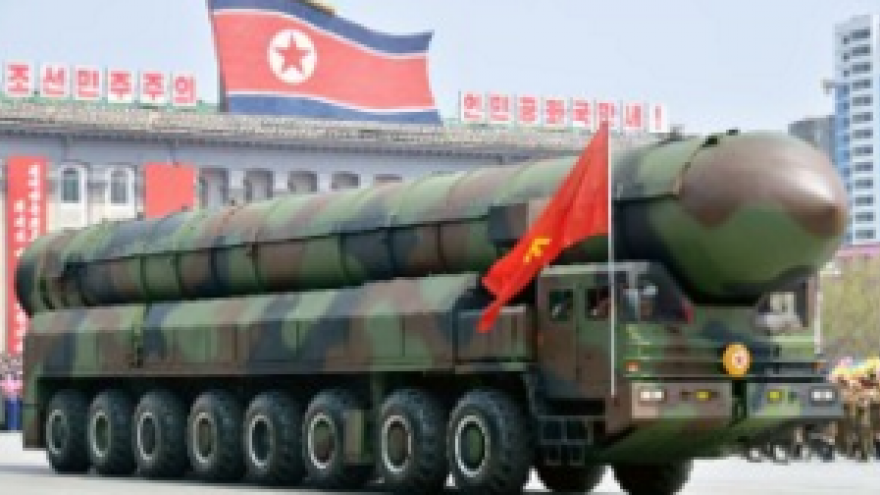 Washington (CNN)- Saying "this problem is coming to a head," national security adviser Lt. Gen. H.R. McMaster said Sunday "all of our options are on the table, undergoing refinement and further development" in reaction to the North Korean nuclear program.

But he emphasized the US hopes not to use military force.
"The President has made clear that he will not accept the United States and its allies and partners in the region being under threat from this hostile regime with nuclear weapons. And so we're working together with our allies and partners, and with the Chinese leadership, to develop a range of options," McMaster told ABC's "This Week."
He said the National Security Council is collaborating with the Pentagon and the State Department, and intelligence agencies are working on providing options "and have them ready" for President Donald Trump "if this pattern of destabilizing behavior continues."
McMaster said it is the consensus of the US, along with allies in the region, that "this problem is coming to a head. And so it's time for us to undertake all actions we can, short of a military option, to try to resolve this peacefully."
He added, "In the coming weeks, months, I think there's a great opportunity for all of us ... to take action short of armed conflict so we can avoid the worst."
McMaster was speaking hours after US and South Korean defense officials told CNN that an attempted missile launch by North Korea failed. His comments echo those of a White House official earlier this month, who said "the clock has now run out, and all options are on the table" in regard to the rogue nation.
The attempted launch occurred a day after the regime of Kim Jong Un showed off a bevy of new missiles and launchers at a large-scale military parade on its most important holiday.
The national security adviser said the latest failed test "fits into a pattern of provocative and destabilizing and threatening behavior on the part of the North Korean regime."
South Korean and US intelligence officials are trying to determine what type of missile was used Sunday, but initial reports said it could be a medium-range missile, according to a White House foreign policy adviser.
Asked by reporters Sunday about the US response to the test, the foreign policy adviser cited previous missile failures by North Korea.
"It's a failed test -- follows another failed test. So really, no need to reinforce their failure. We've got options. We've got a range of options -- both militarily, diplomatic, economic and others -- a wide array of tools at the disposal for the president should he choose to use them."
"If they took the time and energy to launch a missile and fail, we don't need to expend any resources against that," the foreign policy adviser said.
The US has recently leaned on China -- North Korea's main ally -- to apply pressure to Pyongyang to curtail its nuclear ambitions. Trump held a summit with Chinese President Xi Jinping earlier this month and has hoped to use trade as a negotiating tool for Xi's cooperation on North Korea.
The Trump administration has touted some successes on that front in the past week, including the suspension of coal shipments from North Korea to China. Overall imports from North Korea to China, however, have increased.
Asked if he was confident that China will pressure North Korea in a meaningful way, McMaster replied, "We'll see what happens."
"Not only did they establish a very warm relationship, but since that time, they've worked together on other issues," McMaster said, referring to Trump and Xi. "On North Korea, they worked together. But they worked together as well in connection with the response to the mass murder on the part of the Assad regime in connection with the UN vote."
McMaster praised China's decision to abstain last week from a UN Security Council resolution condemning Syria's recent chemical weapons attack, calling it a "courageous" move. Russia vetoed the resolution.