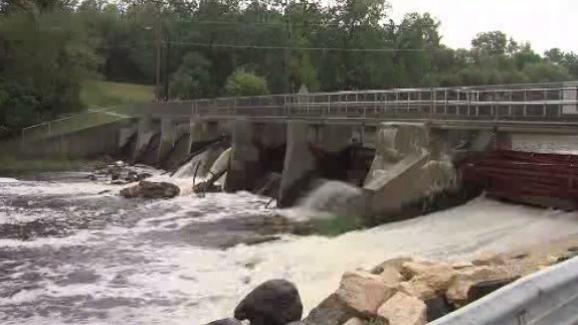 Public Works crews used the morning to move backhoes to lift debris out of culverts and around the city dams.

The dams flood gates have remained open since the city saw nine inches of rain just two weeks ago.

"The big part is lowering our river to keep it lower so when the water comes in it has a place to go instead of backing up," Hurst said. "If we can keep that down we'll be in pretty good shape."

Law enforcement tells CBS 58 they would be active on the weather until the status by the National Weather Service is increased to a warning.